Bringing new meaning to the term “high speed chase,” Ford announced today it will continue its tradition of using high-profile racing events to show off its new products, only this year with a new twist.

Bringing the field of cars to the green flag at Homestead Miami Speedway for all three Ford Championship Weekend races are Ford’s new Police Interceptors, which will make their debut in the marketplace starting in 2012, and are appearing on the NASCAR circuit for the first time ever. 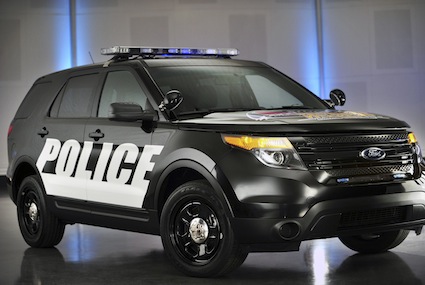 Ford, the police vehicle market leader for 15 years, specifically designed and engineered all-new Police Interceptors to handle the rigors of police work, including industry-leading powertrain, safety and technology innovations. That said, these vehicles can more than handle the duties needed to pace the Ford 200, Ford 300 and Ford 400 NASCAR finale events. 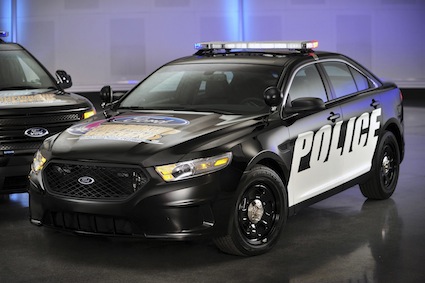 The Ford Police Interceptor Utility, the first ever pursuit rated utility by Ford, will be pursued by the field for all three races on Ford Championship Weekend, serving as the lead pace car. The Sedan, which will serve as the split pace car for the weekend, boasts a 3.5L V6 EcoBoost engine delivering 365 horsepower and a top speed of 148 mph. 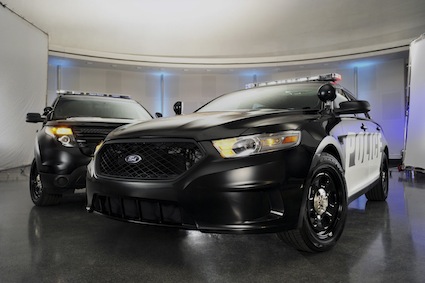 “Police nationwide asked for a new kind of weapon in the battle for public safety, and Ford is answering the call with purpose-built vehicles – engineered and built in America – that are as dynamic as they are durable,” said Mark Fields, Ford president of The Americas.

“Having the opportunity to bring our new Police Interceptors to pace what is shaping up to be one of the most exciting final weekends in NASCAR history is a great honor,” said Lisa Teed, brand manager for Ford Police Interceptors. “Both of the Police Interceptor vehicles provide the highest level of safety, performance, durability, driver convenience and comfort, and we’re excited to be able to show off these new vehicles to the millions of fans on site and watching on national television.” 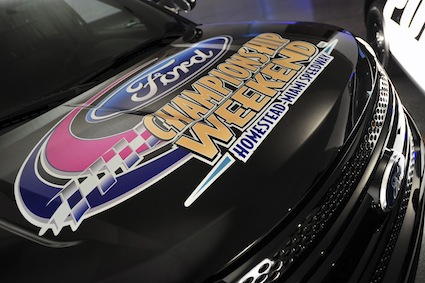 Ford has been at the forefront of using its NASCAR pace car program to highlight its extensive line of new cars, trucks and sport utility vehicles. This includes being the first company to have a Hybrid pace the start of a NASCAR race when the Fusion Hybrid led the field to green for the Ford 400 at Homestead-Miami Speedway in 2009. In addition, the all-new 2012 Focus, the Mustang GT 5.0L V-8 and all-new 2011 Explorer SUV have served as pace vehicles within the last two years.

“Using our new range of Ford products to pace signature events like Ford Championship Weekend is an important part of our marketing strategy,” said Jamie Allison, director, Ford Racing. “We’re thrilled that we’re able to help launch the new Police Interceptors at Ford Championship Weekend, and know that the fans will be excited to see these unique vehicles performing out on track.”

About the 2013 Police Interceptor

The new Ford Police Interceptors, both sedan and utility vehicle, can be ordered with a choice of three powerful V6 engines that deliver more horsepower and better fuel economy than the 250-horsepower, 4.6-liter V8 in today’s Crown Victoria police car.

In early testing by police agencies, both new Ford Police Interceptors delivered outstanding performance and won praise for acceleration, handling and braking. The brakes, tires and wheels have been specially designed for police duty for the next level of performance. The police unique powertrain calibration and tuning was done in conjunction with EVOC professionals and AWD delivers a confident driving experience for law enforcement.

Ultimately, Ford’s mission was to produce the next generation of Police Vehicles by leveraging the legacy of CVPI safety and reliability and incorporating the latest engineering design and technology to aide law enforcement.

Both Ford Police Interceptors will be manufactured at Ford’s Chicago Assembly Plant.