With the Next Generation Squad Weapon (NGSW) set to enter service in 2022, the Army announced its choice Friday for the NGSW optic. 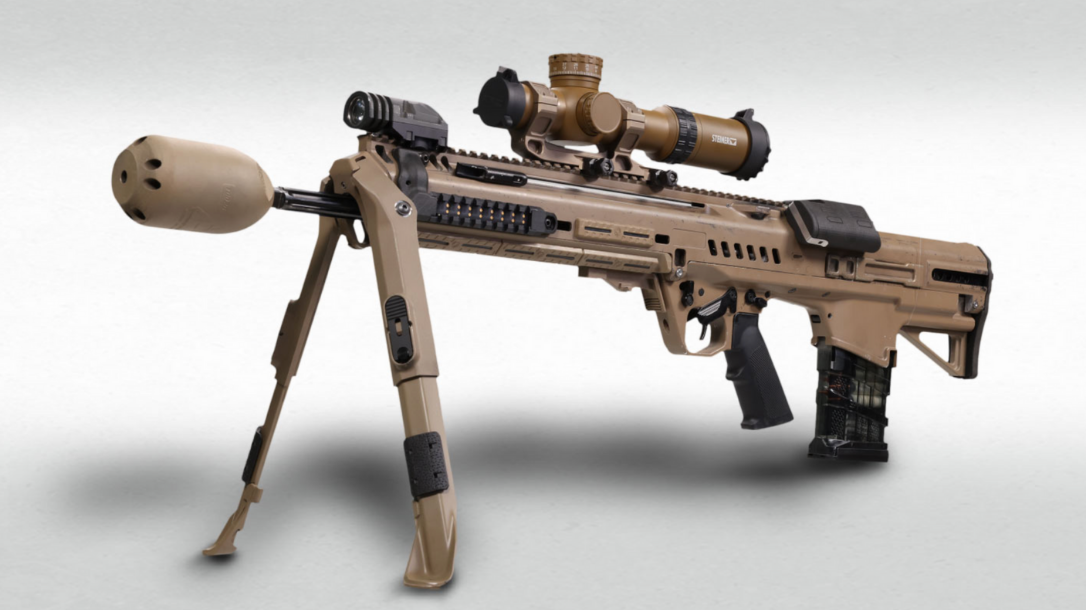 What is the NGSW Optic?

A press release from the Army’s Cross Functional Team-Soldier Lethality about the NGSW optic had this to say: ““The NGSW-FC system is a ruggedized fire control that increases accuracy and lethality for the Close Combat Force. It integrates a number of advanced technologies, including a variable magnification optic, backup etched reticle, laser rangefinder, ballistic calculator, atmospheric sensor suite, compass, Intra-Soldier Wireless, visible and infrared aiming lasers, and a digital display overlay.”

The Army made the decision that the NGSW system will be a 6.8mm intermediate round. It then knew it would need a capable optic to pair with the new rifles and light machine guns. Consequently, the NGSW optic does a lot more than just provide an aiming resource. In addition to variable magnification, the new optic will provide range and ballistic information. Furthermore, it can provide navigation information and link with the Army’s new Integrated Visual Augmentation System.

Who’s Going to Get the NGSW Optic?

The initial recipients are “close combat” forces. Special operations, infantry, etc will see the new optic replace the current mix of Aimpoint M68s and other scopes. The Army is simultaneously rolling out the new low power variable optic made by Sig Sauer to the rest of the force. It’s doubtful that the new NGSW optic will be issued to the entire Army any time soon. While the Air Force often follows in the Army’s footsteps, there’s no information on whether they’ll take part in any of the NGSW programs.

The Army expects to make a selection for the NGSW platform this year. Candidate one is an AR-styled option from Sig Sauer. The second candidate is a bullpup design from True Velocity/LoneStar Future Weapons, which is receiving support from Beretta.