The New Orleans Police Department (NOPD) just released body cam footage of a recent incident where a drunken man allegedly threatened people with a gun in the French Quarter before drawing that gun on responding officers. It ended with NOPD officers opening up on him, reportedly firing 15 shots in total. 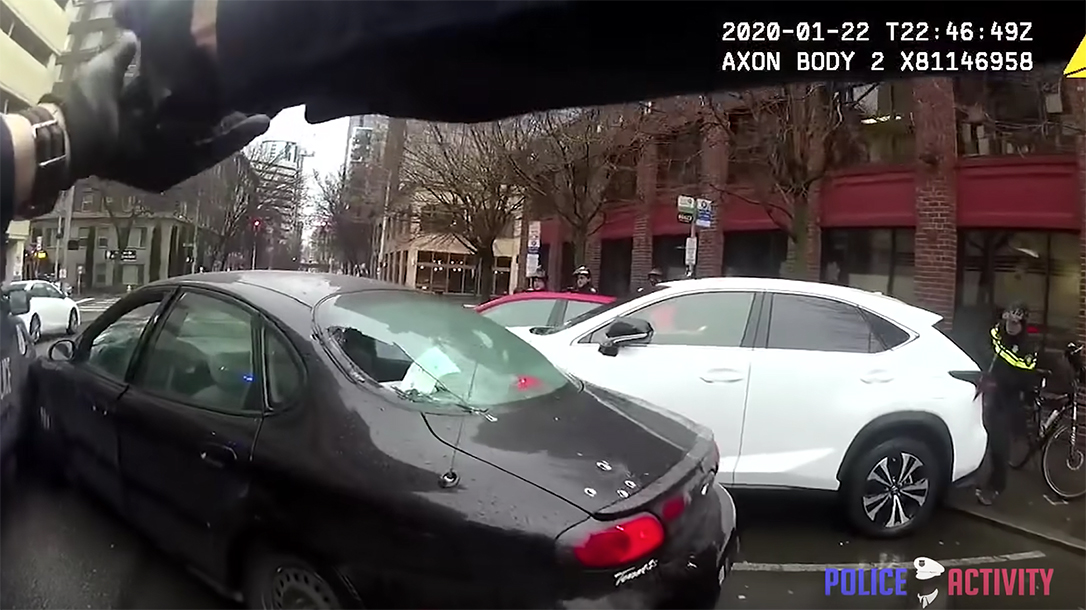 The incident took place on Jan. 25, 2020. The suspect, identified as 21-year-old Austin Bentel, allegedly pointed the gun at two strangers on the street. He pulled the trigger five times, clicking it in the face of frightened victims, according to nola.com. “I’ll shoot the (expletive) out of you,” Bentel said, according to nola.com.

Police arrived on the scene to find Bentel walking down the sidewalk. Footage shows Bentel seemingly screaming in a rage, captured by local security cameras. When an officer pulls up in a squad car, Bentel immediately pulls a pistol from his waistband and charges the officer, weapon pointed. It clearly appears he’s attempting to shoot to kill.

But the NOPD quickly responded, with at least four officers shot Bentel multiple times, according to nola.com. Authorities then took a wounded Bentel to University Medical Center, where he was listed in critical condition. However, authorities expect him to recover.

Court records later revealed officers recovered the suspect’s gun. They found “a live round believed to be ejected from” the pistol, according to nola.com. Bentel now faces three counts of aggravated assault with a firearm and another count of aggravated assault on a peace officer. Police also charged him with possessing a gun on the premises of an alcoholic beverage outlet, according to nola.com.