"There is a cognitive dissonance that these generals and admirals would seek restrictions on law-abiding Americans, who are only looking to make the best choice to protect themselves and their families."

The following was written by Mark Oliva, Manager, Public Affairs for the National Shooting Sports Foundation. It is in response to recent comments made by retired military officers about gun restriction laws in the U.S.

Sixteen U.S. senior military officers recently penned a letter to Congress under the banner of the Giffords Veteran Coalition. They chose to lend their military authority and prestige to assist an ongoing political effort to further restrict their fellow law-abiding American citizens’ Constitutional right to keep and bear arms because they mistakenly believe they know how to reduce criminal misuse of firearms.

Generals and admirals, this is something that I just can’t salute.

The retired military leaders, who of course deserve accolades for leading forces in combat and humanitarian operations, cited the recent tragedy in Sutherland Springs, Texas, to call for more gun control laws. Unfortunately, they never mentioned that our nation’s military itself had the tools to prevent this tragedy from ever happening. However, they failed tragically in that mission. 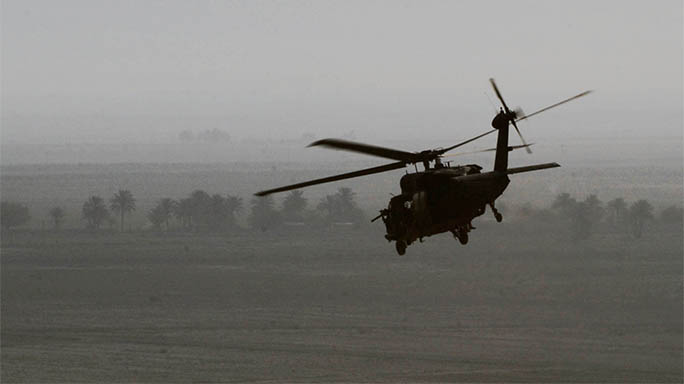 The Sutherland murderer had been convicted of domestic violence in a court-martial and involuntarily committed to a mental health facility before being booted from the Air Force with a bad conduct discharge.

At least two of these instances would have been enough to bar the murderer from buying a firearm. But the FBI’s National Instant Criminal Background Check System (NICS) was not informed of these facts. Why? Because the Department of Defense never submitted the required disqualifying records.

Because of DoD’s failure to follow its own regulations and our nation’s laws, this murderer was able to buy guns. And not just once, but four separate times. Each time he passed the background check.

Under the NICS Improvement Amendments Act of 2007, the military services were required to submit these records. The flag-level officers didn’t mention the DoD’s own instruction ordering compliance with the law. Nor was there mention of the Inspector General’s reports criticizing the military’s failure in its obligation to submit names of prohibited persons to the NICS database.

The generals and admirals tell Congress their command experience is foundational to their moral authority to call for restrictions on law-abiding American gun owners.

There is something they didn’t tell Congress, though.

During the height of the fighting, while Army General Petraeus commanded Coalition forces, Iraqi families could keep a fully-automatic AK-47 and 30-round magazine in their homes. U.S. forces didn’t want these families left defenseless against the terrorists who preyed on them.

This was the practice during my tour in Fallujah in 2006-2007. It was just one of several combat tours to Iraq and Afghanistan during my 25-year Marine Corps career. I trusted my life to their battlefield decision making. Yet, their letter wrongly blames the firearms, accessories and laws recognizing the fundamental right of Americans to keep and bear arms for the criminal activities of individuals.

There is a cognitive dissonance that these generals and admirals would seek restrictions on law-abiding Americans, who are only looking to make the best choice to protect themselves and their families. They never saw the same need in a nation under martial law with no Second Amendment rights.

They advocate banning modern sporting rifles, the most popular rifle sold today. Nearly half of those who own these are former active and former military and law enforcement. They buy them primarily for target shooting, which follows a long history in the United States of service members in civilian life purchasing firearms similar to the rifle they used in uniform for lawful purposes like target shooting and hunting. Their opposition to this, and other measures, doesn’t pass muster.

Instead of endorsing new laws that criminals would not obey, the generals and admirals should devote their energy and commit their prestige to helping ensure that the laws already on the books are enforced. That includes keeping firearms out of the hands of prohibited persons by ensuring that disqualifying records are submitted to the system designed to help protect their fellow citizens.

About the Author
Mark Oliva is Manager, Public Affairs for the National Shooting Sports Foundation. He is a retired Marine Master Gunnery Sergeant with 25 years of service. His service includes tours in Iraq, Afghanistan, Haiti, Albania and Zaire.