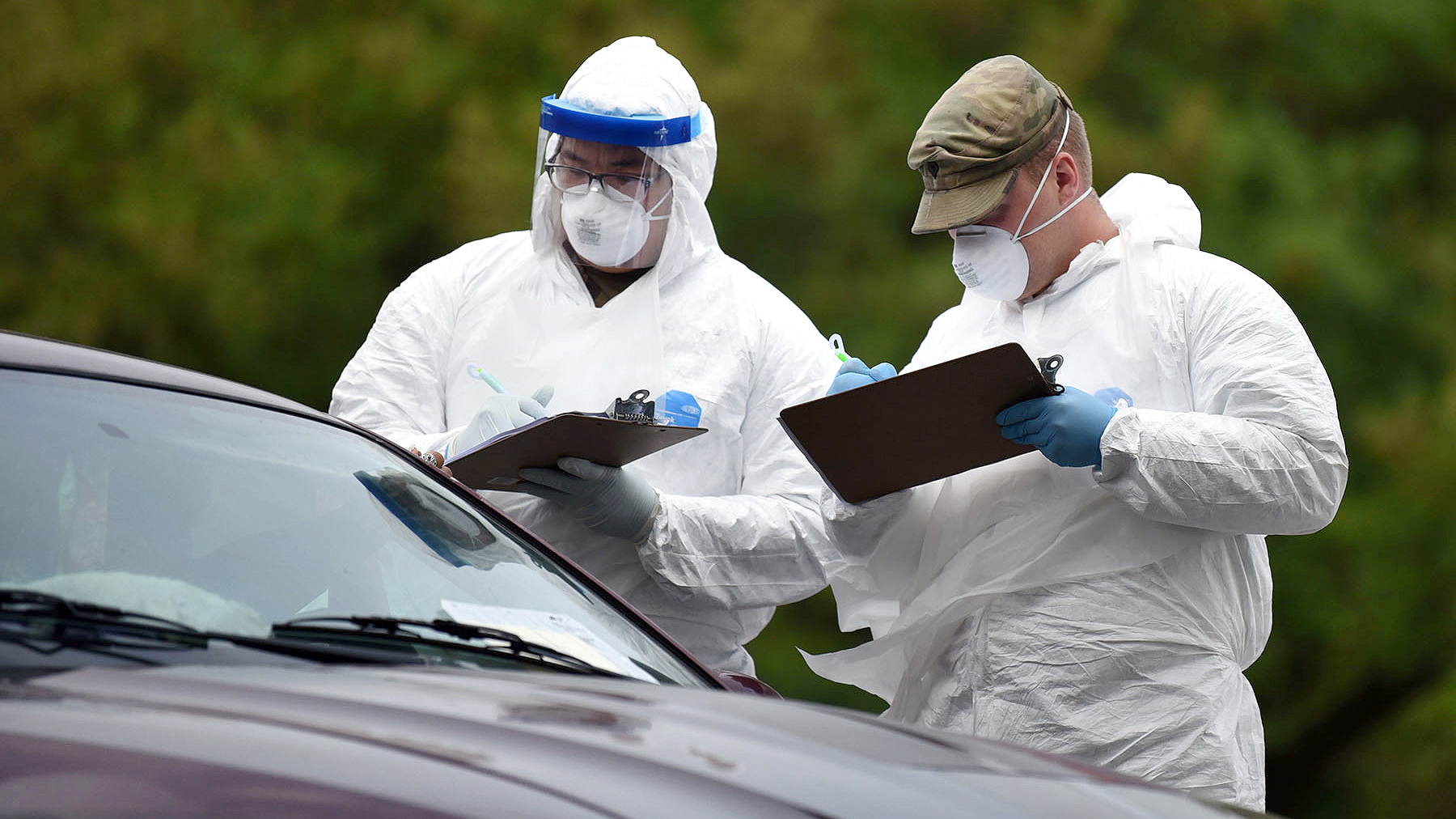 The slight occurred during a back-and-forth with Maryland Gov. Larry Hogan. De Blasio attempts to say President Trump failed to engage the U.S. military to fight the spread of COVID-19. He says, “You have National Guard, you do not have the American military” deployed in NYC.

That’s when “Operator Sam” lost it on de Blasio, dropping knowledge on the National Guard and its proud history. He informs NYC’s mayor that the Guard is older, and serves dual-duty at state and federal levels. From Hurricane Katrina to Iraq and Afghanistan, Operator Sam explodes on NYC’s mayor. He should be well aware of the Guard’s tremendous sacrifice.

Operator Sam then brings up Tim Kennedy, one of the baddest UFC fighters in the business. “You gonna go up and tell that to Tim Kennedy, UFC fighter, Special Forces guy, Texas National Guard? You gonna tell him he’s not in the military, Bill?”

Just last week, we reported more than 9,000 National Guard troops activated in all 50 states, three territories and the District of Columbia. Those numbers also include members that rushed to New Rochelle, some of the first units activated to help civilians.

“We’re here screening the community, trying to keep the community safe and trying to stop the spread of the virus,” said Army Pfc. Justin Zammit, with the New York Army National Guard’s 369th Sustainment Brigade, who was working at a mobile screening facility in New Rochelle, N.Y.

Ultimately, New York’s National Guard and Reservists own a proud history. And Operator Sam made sure de Blasio should knew the bravery of his own New Yorkers, since he clearly didn’t.

“Well you’re from the city Bill. You know who else is there, the 369th Infantry Regiment, with the nickname is the ‘Harlem Hellfighters.’ They’re in your area, where their motto was ‘Don’t tread on me, God dam let’s go.’ I’m sure you know those non-military members.”