A frightening scene erupted recently when a disgruntled father pulled a gun on two officers outside a school in Oregon. During the struggle, one of the officers responded by shooting the suspect in the the head, according to body cam footage posted by The Oregonian. 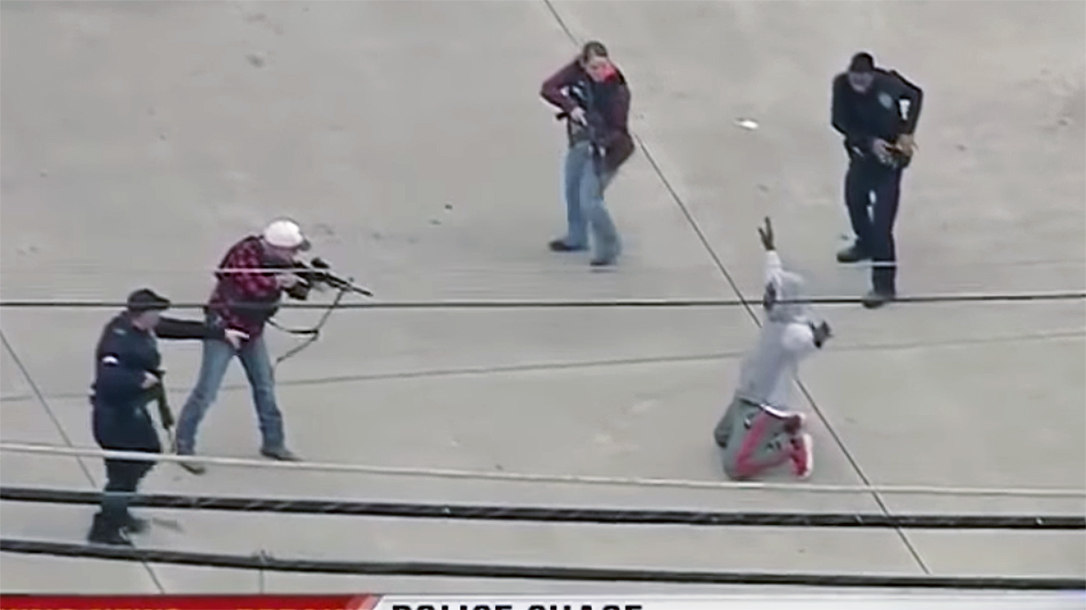 According to a story on nbcnews.com, 30-year-old Charles Landeros got involved in a custodial dispute with his ex-wife at the child’s school. After enrolling the child without the mother’s knowledge, the school called Landeros and school resource officer Steve Timm. The resource officer called the police after learning the situation was a custodial dispute, according to the report.

The video picks up with both officers asking Landeros to exit the building. However, the father proved unwilling.

“The police do not have jurisdiction over here. The principal has not asked me to leave,” Landeros says, before turning and attempting to walk away from the officers.

“As the offices were trying to get Landeros to leave the building, the child walked into the hallway. Landeros started yelling at the child to ‘go,’ according to the DA’s office,” as reported by nbcnews.com.

At this point, the officer, obviously reacting to Landeros’ escalation of behavior, grabs the suspect. He drives him through the doors and out of the school. However, Landeros persists in his resistance, physically fighting the officer. “Let go of me,” he shouts as he fights back, finally pulling a gun from concealment.

Then Officer Timm managed to keep the gunman from hitting his mark, finally getting his own sidearm out and firing one shot to Landeros’ head, killing the suspect, according to the report.

“Officer Timm saved the life of Officer Johns, himself and perhaps many others,” the DA’s office ruled, according to a story posted on nbcnews.com. “There is no clearer circumstance that the use of deadly force is justified than this.”