A Pasadena police officer in Texas shot and killed a man who drew a gun on him during a traffic stop. Check out the body and dash cam footage of the shooting above. 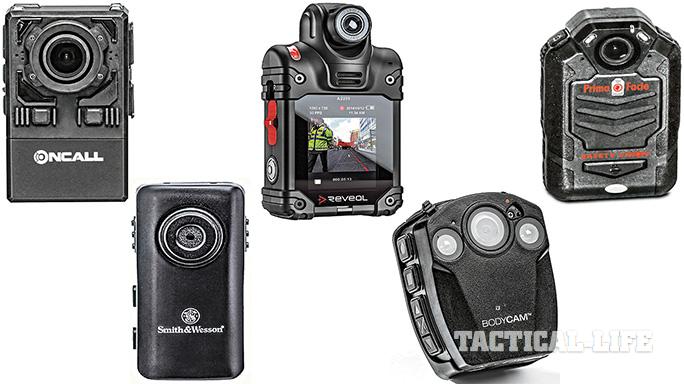 ABC News reports that the incident began when the officer spotted the suspect—identified as 44-year-old Marco Antonio Saavedra—running a stop sign. The officer pulled over Saavedra, who almost immediately went on the offensive. The body and dash cam video clearly shows him step out of his vehicle. He did this despite repeated commands not to do so.

“He gets out of the vehicle, turns partially so he’s facing back towards the officer,” Assistant Police Chief Josh Bruegger said. “At one point, his hand reaches down, his right hand behind his back, and then he produces a weapon, brings it up, both hands in a shooting stance parallel to the ground, pointing it at the officer.”

The officer immediately opens fire nine times. Saavedra, wounded, stumbles out to the middle of the street. The body camera footage shows the officer get concealment behind his vehicle. He then opens fire two more times, killing Saavedra. The dash cam footage shows that Saavedra got one shot off before hitting the pavement.

Click2Houston has ID’d the officer as Mark Adams, a 13-year veteran of the Pasadena Police Department. He’s been placed on administrative leave pending the results of the investigation into the shooting.

“He’s obviously shaken up. Anytime an officer is placed in a position where he has to take somebody’s life it’s a stressful situation,” Bruegger said. “It’s unfortunate the officer was placed in the position but, when the suspect points a weapon directly at the officer, the officer really has no choice but to defend himself.”

According to the Houston Chronicle, Saavedra was convicted in 2012 for assaulting his wife. He was also indicted for an incident in Dec. 2016 in which he caused bodily harm to a family member.

On Sept. 15, 2017, Saavedra violated a protective order placed on him for his wife. In that instance, he pulled a gun on his wife and threatened to kill her and himself. He also said that if cops were called to the house, he would commit “suicide by cop.” At the time of his death, he had a warrant out on him for violating that protective order. All of this was unknown to Adams when he pulled over Saavedra.

Police said the gun Saavedra used to shoot at Adams had previously been reported stolen.