Pasco Police engaged in a wild shootout with two murder suspects in Washington May 17. The shootout left one man dead and another wounded and in custody. 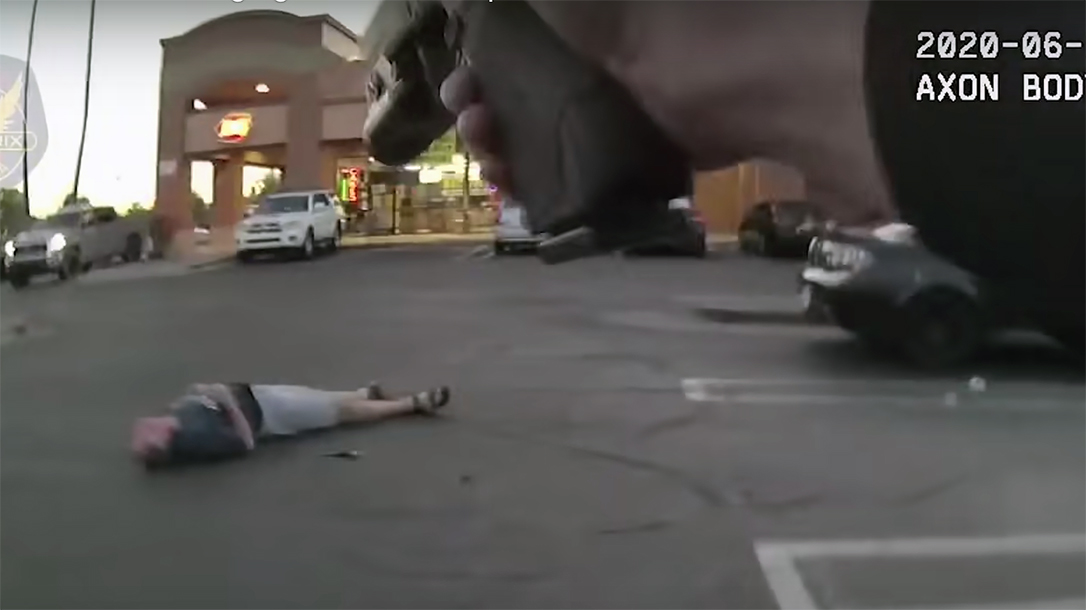 The incident occurred when police investigated the April 29 murder of Louis Contreras, reported yaktrinews.com. Police identified cousins Juan Montalvo, 25, and Miguel Montalvo, 21, as two of three suspects in the crime.

Police responded to the original scene of the crime some two weeks later after reports of another shooting. The cousins allegedly broke into the home, shooting and seriously injuring two people, according to yaktrinews.com.

“While escaping the scene, the Montalvos stole a car at gunpoint and kidnapped the car owner, locking him in the trunk of the car. The victim was able to escape from the trunk, run off, and report the incident to police,” said Sgt. Rigo Pruneda in a video release.

Police caught up to the cousins at a different location, setting up a perimeter around a home, reported yaktrinews.com. Footage shows the cousins emerge from that building, guns at the ready.

“Both Det. (Joshua) Glass and Officer (Eric) Fox saw that the subjects were each armed with a handgun and ordered them to put up their hands,” Sgt. Pruneda said. “They refused to comply with the officers’ directions. The subjects then fired their weapons at the officers. Both officers returned gunfire and struck each of the subjects. One subject was mortally wounded and the other seriously wounded.”

A wild gun battle ensued before Pasco police finally took down both suspects. Footage shows officers engage threats with carbines, shooting and moving behind cover. The video shows solid tactics in a situation that escalated very quickly. Remarkably, neither officer suffered any injuries during the incident, which remains under investigation.