0
SHARES
19
VIEWS
Share on FacebookShare on Twitter
A deputy attempted to fire her duty rifle at the range, and nothing happened; that’s when the Pinellas County Sheriff decided it was time to pull the rifles. So Sheriff Bob Gualtieri removed all 309 Adams Arms rifles out of service, according to a report published Monday by tampabay.com. Now the Sheriff’s Office wants a refund for more than $300,000. 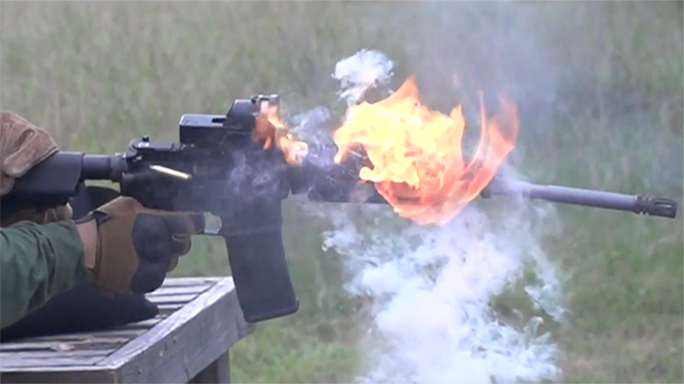 According to tampabay.com, Pinellas County experienced problems with triggers in early batches. Later, a few rifles switched on their own from semi-auto to full-automatic fire.

“The sheriff warned the company: Give us a refund or inspect every rifle and put it in writing that they’re functional,” reported tampabay.com.

More recently, when a deputy attempted to fire at the range and the rifle failed, Gualtieri pulled all 309 rifles. Officials traced the problems to the manufacturer, and the sheriff ordered replacement rifles from another company, according to tampababy.com. The sheriff also wants a refund of more than $300,000 from Adams Arms.

Meanwhile, Adams Arms changed hands since the company sent rifles to the Pinellas County Sheriff’s Office. Back in April, Adams Arms defaulted on a loan reportedly exceeding $5 million, sending the company to auction. Current company officials offered to inspect and test all rifles, however, Gualtieri declined, according to tampabay.com.

“We are committed to the law enforcement community and the mission that they serve,” Jason East, president of Adams Arms Holdings, told tampabay.com. “We would still like to continue to work with the Pinellas County Sheriff’s Office as well as any other agency that runs our rifles today.”