Pittsburg Police responded to a 911 call recently, only to find an armed suspect who wouldn’t comply. The suspect retreated up stairs, evading officer, before finally pulling a pistol. Footage shows the gun pointed in the direction of Pittsburg Police officers before they open fire, fatally shooting the suspect. 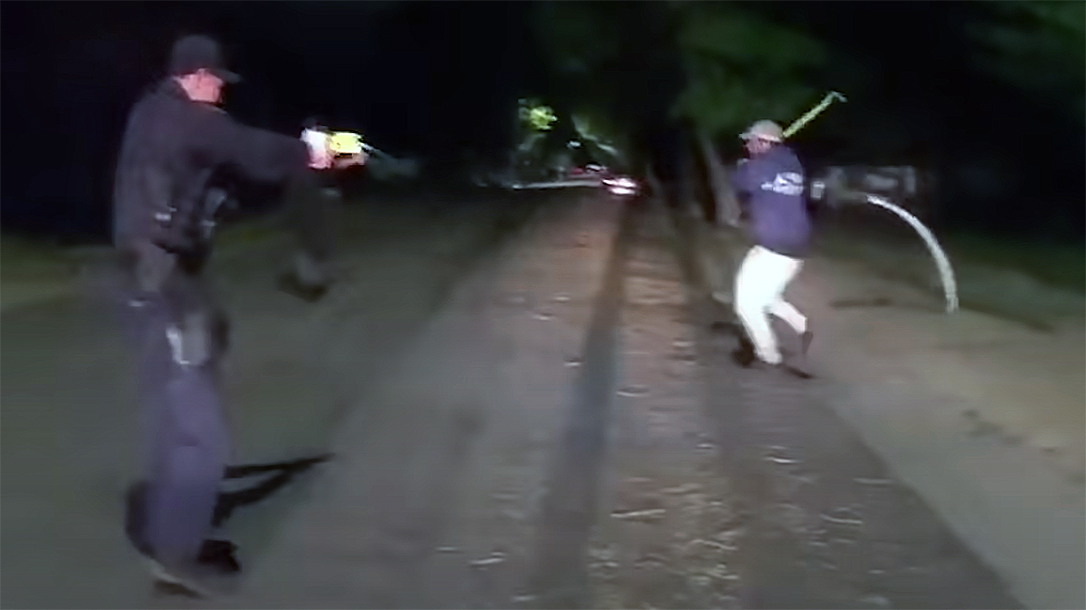 The incident began after a frantic 911 call, where a mother, and ex-girlfriend, said the child’s father was banging on the door and armed. The estranged father allegedly continued attempting to force his way inside.

“He’s my child’s father and he won’t leave,” she says in the video to dispatchers.

Police arrived on the scene and found 31-year-old Patrick Watkins. Two police officers found Watkins in the stairwell. They begin approaching and speaking to the man, but Watkins turns away, retreating up the stairs. He continues to ignore multiple commands as he goes.

“He turns momentarily away from the officers and then he turns back towards them and, at that time, he’s pointing the handgun directly at the officers,” said Capt. Steve Albanese, reported Fox 2.

After yelling stop over and over again, an officer spots Watkins’ gun. Footage shows Watkins turn, pistol tucked in close to the body. He points the pistol in the direction of the officer. But the officer proves first on the trigger. Several shots ring out, and Watkins falls to the ground.

Watkins died on the scene, reported Fox 2. When police finally recovered the pistol, they found it unloaded. But they also recovered a live round on the ground. It led to speculation Watkins attempted to get the gun into battery, possibly cycling the action.

“It’s quite possible that he did manipulate the handgun to where he cycled it, ejecting that live round onto the ground,” Albanese said, reported Fox 2.