by Tactical Life
in News, Rifles
0

1
SHARES
26
VIEWS
Share on FacebookShare on Twitter
Something is clearly going on at Patriot Ordnance Factory. The fire-breathing patriot that is Frank DeSomma and his crew have tapped a firearm industry vein like few before them. And they are one hell of a streak. The award-winning Revolution DI is just the latest example. 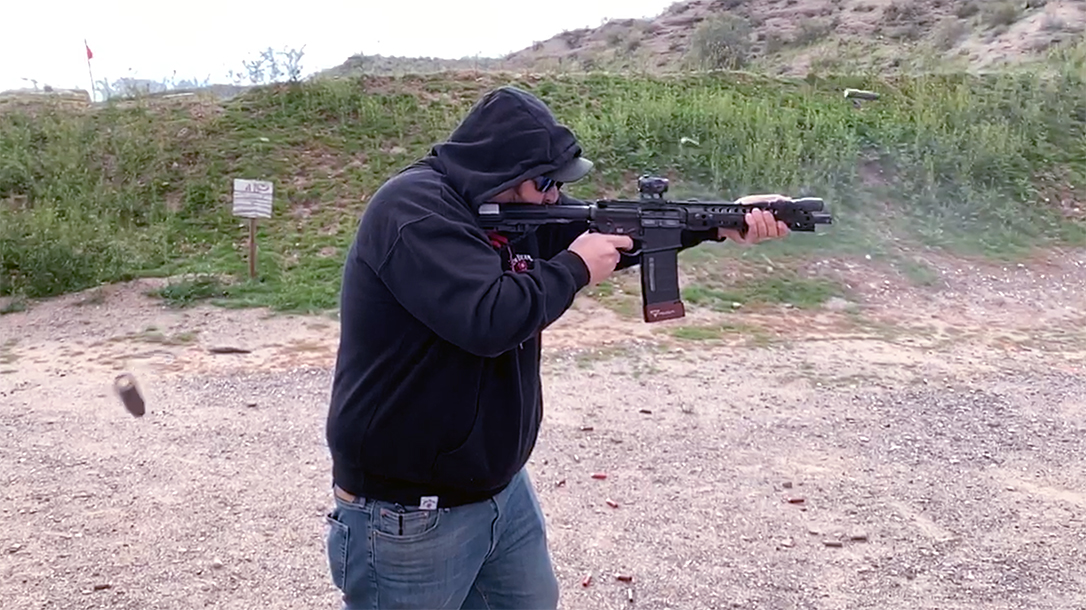 At the recent Industry Choice Awards at the Rockcastle Shooting Center in Kentucky, the POF Revolution DI, in .308, took Rifle of the Year. That made the third consecutive year POF took home the top honor, and with a different rifle each and every year, an unprecedented accomplishment.

And the Industry Choice Awards are a bit different in how they operate anyhow. Instead of a board of editors or other media, Industry Choice employs a panel of more than two dozen evaluators. These evaluators remain nameless to the companies that submit product, and thereby give unbiased, unfiltered criticism of products. Those evaluators turn over a bit from year to year as well, further widening the range and breadth of the panel. They range from gunsmiths, to store owners, to competitors to trainers.

For the third consecutive year, POF has reigned supreme in this evaluation that fully examines guns at the bench and on the range. Further, in 2018, POF took home a Golden Bullseye from NRA and Ballistic’s Best Editor’s Choice for Innovative AR for the Revolution PD (piston driven) rifle.

The Revolution DI (Direct Impingement) shares features, advancements, and technology of the prior award winning Revolution PD (Piston Driven). However it employs one distinct difference, its operation. Direct impingement allows for a smaller handguard, lighter weight, and 9 positions of adjustment with the DIctator gas block.

POF-USA broke from the industry status quo by making an AR-15 that shoots .308. It is important to note that the Revolution DI is not an AR-10, or even a small frame AR-10. The Revolution DI is the same size as an AR-15. The platform utilizes the company’s ambidextrous Gen 4 lower receiver. Like another award winning POF-USA rifle, the Renegade+, the upper receiver is engineered around their unique heat sink barrel nut. A 9-position adjustable DIctator gas block, match-grade barrel, and Renegade M-LOK rail with 4 built in QD sling mount points round out the features.