by Tactical Life
in Police News
0

In some extremely dramatic footage, a Kern County Deputy makes a dramatic head shot on a would-be hostage taker. Warning, this footage is graphic and shows a man dying. 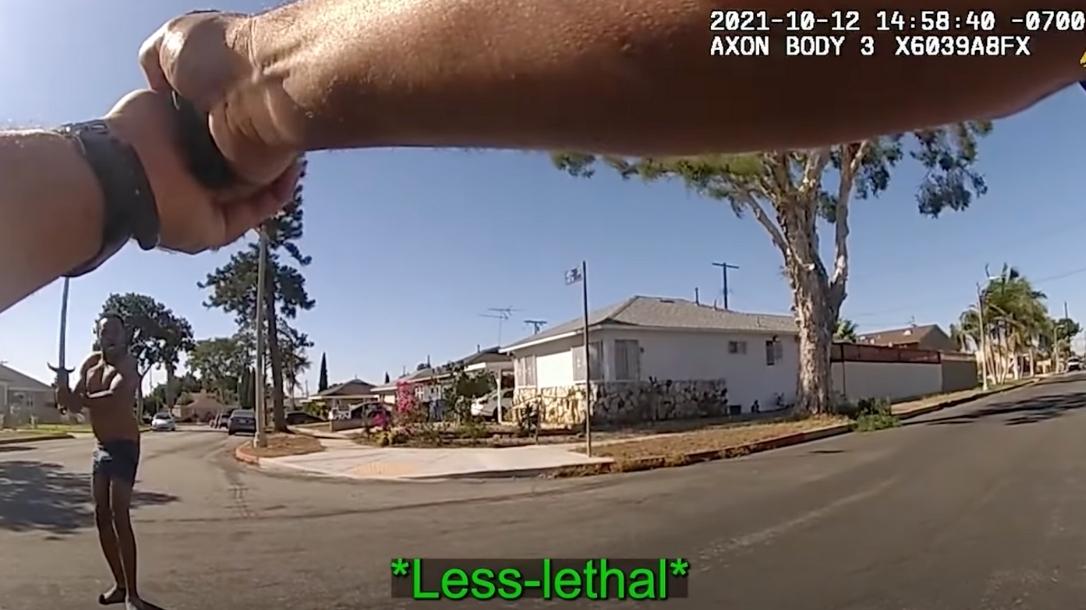 On February 9th of 2022, the suspect Deven Karl Moore was the subject of several 911 calls. The callers said he was breaking into cars and assaulting people. Deputies responded to the call, at which point Moore uses a fire extinguisher to attempt to escape. He flees into a security guard shack, at which point he takes an unidentified man hostage.

A Decisive Ending to the Hostage Situation

Moore is seen in the video holding the man hostage with a large hunting knife. Fortunately for the hostage, one of the responding deputies was Deputy Austin Burgess. Deputy Burgess woke up that morning and apparently had his blood replaced with ice water, because he is absolutely cool as the other side of the pillow in the video.

This video has multiple angles, the first you see from Deputy Burgess’ body camera. Secondly, you get a view of the interior of the guard shack. Taken together, these present a clear view of Burgess’ actions. For example, in the body camera video it’s difficult to see what the suspect is doing. However, in the security video from the shack you can clearly see the knife.

In light of the fact that the suspect was attempting to stab the hostage, Kern County Deputy Burgess fires a single head shot, which you can clearly see impacting on the footage. It’s a safe bet that Moore was dead right there, however his hand didn’t know he was dead yet. Deputy Burgess assesses that, and fires another head shot as the suspect falls. At this point, the suspect drops the knife, and the hostage is escorted to safety.

This is a great example of a well trained officer using all his skills to manage an incredibly complex situation. If you listen to the video, at no point does the Kern County Deputy sound panicked. He issues calm, forceful commands, and when he assesses that the hostage’s life is in danger, takes swift, decisive action. Well done.