Here’s a story that flies directly in the face of much of the anti-police rhetoric seemingly dominating the airwaves. A pair of Austin police officers made a daring rescue in Texas recently. The duo pulled an unconscious man from a burning truck, mere moments before it exploded and completely engulfed into flames. Their heroic actions no doubt saved the man’s life. 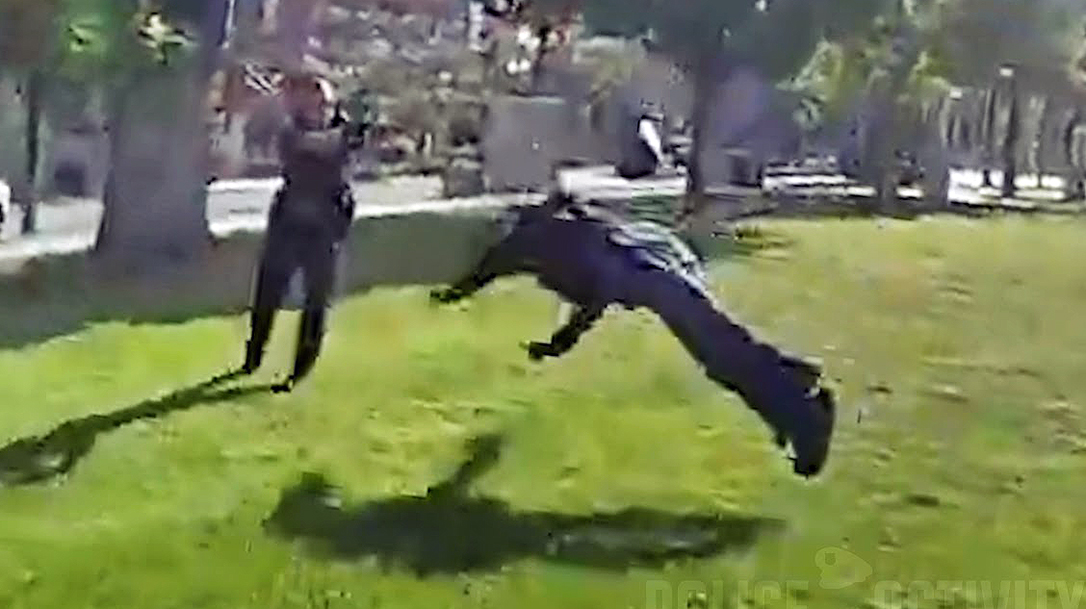 Austin Police Officers Save Man From Burning Truck Before Explosion

“We just kind of showed up, saw what was going on and then just reacted based on our training,” said Officer Eddie Pineda, reported Austin American-Statesman. “It feels good, but we don’t consider ourselves heroes. We’re police officers. That’s the job. We’re here to help people.”

The incident began when an unidentified man reportedly experienced a medical emergency. Right after backing into a parking spot, the man seemingly became incapacitated in some way. But his foot remained on the gas pedal. The truck continued to spin the tires, ultimately triggering a fire outside the parked vehicle.

Officers Chandler Carera and Pineda responded and found the man apparently trapped inside the truck. They rushed to the scene. Footage shows Pineda smash open the driver’s side window. As Carrera doused the nearest flames with a fire extinguisher, Pineda began dragging the man free of the fire. Moments later, the truck exploded.

“It exploded a little bit, almost like in the movies, not like a huge explosion like atomic, but it engulfed more about 20 seconds after (the man) was removed from the vehicle,” said eyewitness Tony Farmer, reported Austin American-Statesman.