A man ignored commands to stand down and pointed what appeared to be a pistol at Raleigh Police recently. The gun later turned out to be a BB gun, but that was after police shot the man once in the abdomen. 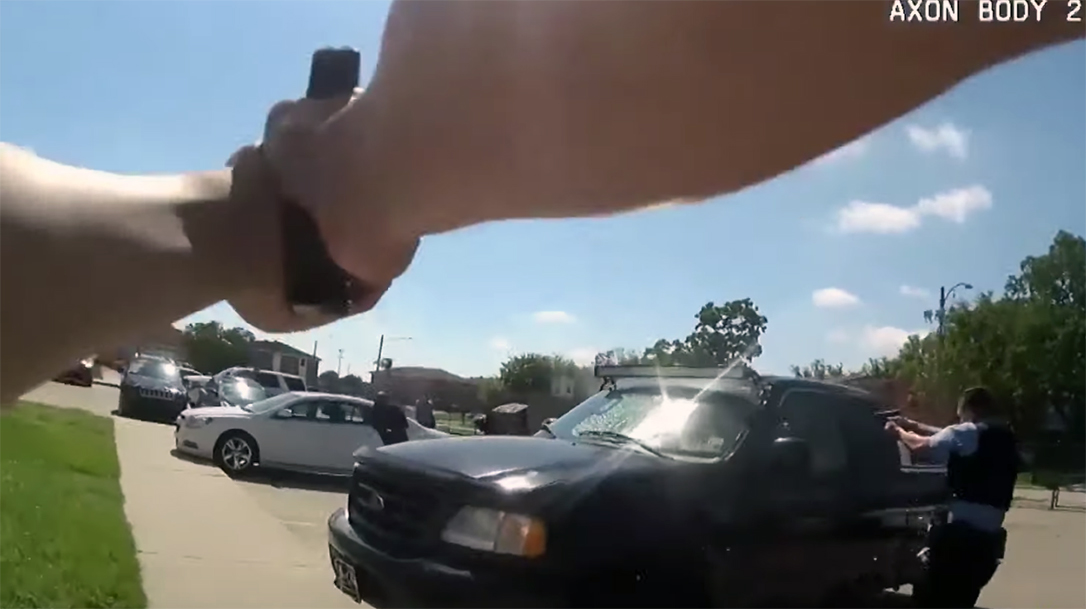 The incident began when Raleigh firefighters and paramedics responded to a medical call in the area. But once arriving on scene, first responders met resistance from a threatening man. That man, later identified as Michael Hendricks, reportedly had a gun.

“[Hendricks] told fire personnel that, if they did not back off, he would attack,” said Raleigh Police Chief Cassandra Deck-Brown in a report, as reported by wral.com. “At that time, Mr. Hendricks began rummaging through the box.”

Footage shows that when officers first arrive on scene, witnesses point out the location of the suspect. They also alert the officers that the man is armed with both a gun and knife. Then officers spot the man and quickly identify that the suspect is pointing a gun in their direction.

An officer yells “Drop the gun, drop the gun,” before firing once, striking the suspect. The suspect was further detained without incident. Authorities said paramedics quickly returned to the scene and transported Hendricks to WakeMed for treatment.

“A gun found at the scene was found to be an Airsoft gun that had its orange safety tip removed,” Deck-Brown said, as reported by wral.com.