The Portland Riots and assault on the federal courthouse seemed like a scene from a bad movie. And yet, the terror and violence was real.

“Mortars were being fired off repeatedly, fireworks & flares shot into the lobby, frozen bottles, concrete, cans & bouncy balls regularly whizzed over the fence at high speeds.”

The report of violence aimed at the Portland federal courthouse in 2020 includes this chilling quote. 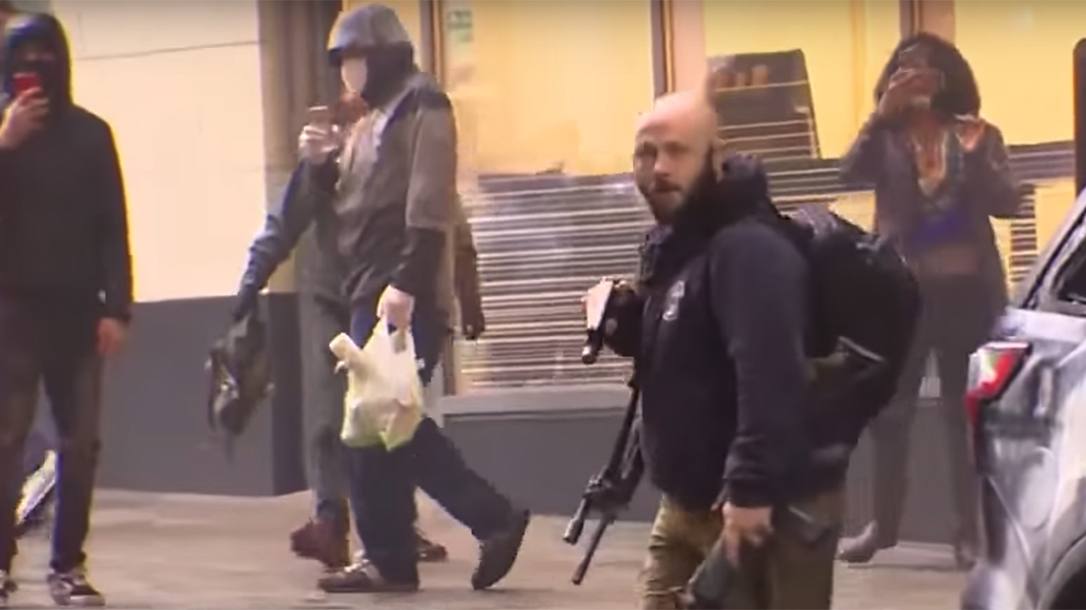 The “Summer of Violence” has become known for its violent riots, arson, destruction and looting that occurred across America. Sparked by the murder of George Floyd, this massive destruction cost America between $1-$2 billion dollars with a death toll of at least 25 people.

Yet in Portland, Oregon, the violence rose to a new level.  There were riots, arson, violence, and mayhem for 50 straight nights. A reign of terror held the city, with an impotent state and local response.  Much of this violence centered around the federal courthouse, a protected facility that became virtually under siege.

Federal courthouses are a federal asset and federal judges are protected persons under federal law.  The US Marshals and the Federal Protective Service carry the responsibility to protect federal buildings and people. In the event of a threat,  40 U.S.C. § 1315, empowers the Secretary of Homeland Security to “protect the buildings, grounds, and property that are owned, occupied, or secured by the Federal Government.”

The rioters’ demands began with calls for “justice” but morphed into demands to defund police departments. This escalated to direct attacks on law enforcement officers.  These rioters set businesses on fire and looted shops. They carried out planned attacks against police officers and federal buildings including the courthouse in Portland. Additionally, the courthouse itself was the target of multiple firebombings by perpetrators of the Portland riots.

The Portland police were hamstrung by their local officials. Portland City officials even objected to fencing erected around the courthouse. This provided a standoff distance from rioters, intending to keep the court and its occupants safe.

As the violence and attacks increased, rioters used lasers to blind the federal officers protecting the courthouse. These attacks resulted in 113 reported eye injuries to officers.  In total, 140 individual officers reported a total of 277 injuries. Hearing damage was the second most common injury.  As the violence escalated, the courthouse was the main target. Support from local Oregon officials never materialized, forcing federal officials to send in reinforcements.

The ACLU Steps in – and Sues the Police

Normally when these lawsuits occur, the federal government will “scope” the officers involved, which is the federal process for “qualified immunity.”  As long as the actions taken were lawful and within the scope of their duty and training, the federal government would represent them in the lawsuit. In addition, the officers targeted by lawsuits, including Deputy US Marshals, CBP and FPS Officers, allegedly won’t have the benefit of DOJ representation.  Moreover, they were all reportedly notified that they would need to find their own attorneys and that DOJ would not be representing them in these lawsuits.

The City of Portland Caves to the Rioters

One thing is clear though,  in the City of Portland, once again its elected officials essentially abandoned the residents and left the city and its residents to burn at the hands of anarchists, rioters, looters and opportunists.  According to the Portland Police Association,  “The reason the Police Bureau is experiencing catastrophic staffing shortages, drastically declining recruiting success, and the inability to retain officers is due to one core issue: the intense anti-police sentiment in our city that City Council seems to share,” in an April 2019 statement.

Unfortunately, this abandonment left the federal government with no choice but to send in federal law enforcement officers, all acting under federal authority and many from the DOJ.  Furthermore, it is nonsensical for the DOJ now not to represent those same officers. Above all, the City of Portland failed to control the riots, forcing the federal government to act. Certainly in a just world, the only lawsuits would be from the injured officers against the City of Portland. Portland’s absolute malfeasance during the Portland Riots is a black mark on the state and the country.