by Tactical-Life
in News, Videos
0
2
SHARES
1
VIEWS
Share on FacebookShare on Twitter
Mondays can be rough, but at least you’re not Mullah Shah Wali, aka Haji Nasir. You see, the leader of the Taliban’s elite “Red Unit,” along with one of his deputy commanders and three other insurgents, was killed in a kinetic strike on Friday, Dec. 1 in Helmand Province, Afghanistan, and the U.S. military has released footage of the attack. Watch it below.

In a statement, U.S. and NATO officials said Wali and his “Red Unit” were responsible for planning and carrying out multiple suicide bombings, IED attacks and coordinated assaults against civilians, Afghan and coalition forces. Wali was also in charge of resupplying munitions, explosives and materials for the Taliban throughout Helmand province.

In other words, this was a bad dude. 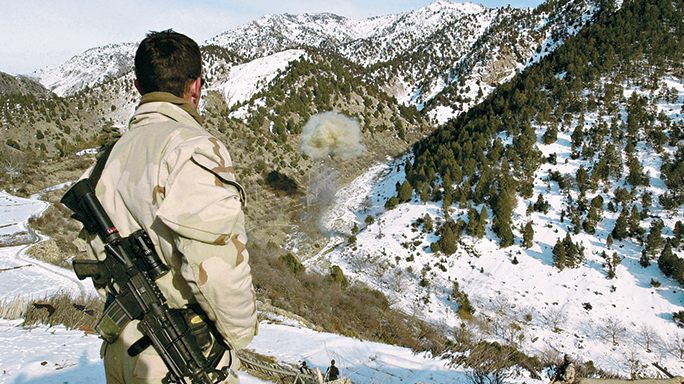 The Taliban controls poppy cultivation and the opium trade in Helmand province, using the profits to fund its activities.

Officials also confirmed the death on Dec. 4 of Omar Khetab, a senior al-Qaeda leader, in addition to multiple other al-Qaeda operatives after operations in Ghazni, Paktia and Zabul provinces. Khetab is described in the US-NATO statement as the second-in-command of al-Qaeda in the Indian Subcontinent. He also had a key role in advising the use of rockets, mortars and training for Taliban night attacks.

“Both leaders are responsible for the deaths of many innocent Afghans, and their removal will both disrupt the terrorist operations of their respective organizations and improve overall security of the country,” the statement reads.