Never Forget: Remembering Our Heroes on 9/11

by Donald J. Mihalek
in News
0

On the National Law Enforcement Officers Memorial wall in Washington, D.C., are inscribed 20,267 names—and it is one of the few memorials upon which names are added each year. Among those are the names of the 72 law enforcement officers who died during the Sept. 11, 2001, terrorist attacks. This year, the name of the first officer who died from post-9/11 injuries will be added, and that number is expected to increase.

Arnie Roma was working as a registered nurse in a hospital on Staten Island on 9/11. He was enjoying his second career, after retiring from the NYPD with 20 years of service on Feb. 26, 1993—the same date the World Trade Center was attacked the first time. Arnie’s other lifelong passion was as a volunteer fireman, something he continues to do today in Yardley-Makefield and Penndel, Pennsylvania. Both of his sons followed their father’s footsteps into public service. His youngest, Keith Roma, secured a firefighter position with the little known New York Fire Patrol, an organization that predated the FDNY but routinely worked with them. 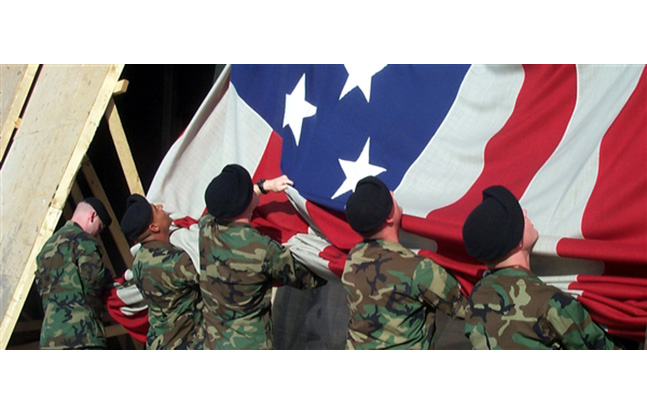 The Story of the Pentagon 9/11 Flag

On 9/11, Keith’s Fire Patrol house was dispatched to the North Tower of the World Trade Center. Prior to leaving, his only call was to his father: “Dad, you better get your gear, a plane hit the Trade Center and it’s gonna be a big job. They’ll need everyone.”

Arnie responsed, “Alright, I’ll meet you there,” and he did, along with more than 1,000 other first responders.

Arnie arrived on scene with his firefighter gear and was sent into the South Tower just after it was struck. The only thing he knew about Keith was that he was working in the North Tower. Once inside the South Tower, due to his medical training, Arnie was asked to attend to the wounded. A few moments later, “I heard the sound of a freight train, was lifted up in the air, told myself to go to sleep because it would be over soon, then was thrown down against the floor.” What Arnie didn’t realize was the South Tower just collapsed on top of him, and he was trapped.

Miraculously, working with FDNY Ladder Company 131, he escaped—but with severe injuries. A few days later, they still hadn’t heard from Keith. As time passed and Arnie worked on “the pile,” he held out hope that Keith would be found in an air pocket and rescued. But hope quickly faded. Keith was recovered on Christmas Eve; he was found with the last group of people he had been trying to help during his fifth trip into the North Tower.

Arnie kept working on “the pile” until the last beam was removed. Since then, Arnie hasn’t slept past 3 a.m., has asthma, COPD, PTSD and was recently diagnosed with severe anemia, a precursor to blood disorders—all of which can be directly tied to the year he spent at Ground Zero.

To date, more NYPD officers have died from 9/11-related cancers than during the attacks. Reports indicate that over 2,500 first responders have cancer. That statistic has doubled this year, and the number is expected to continue climbing.

Arnie Roma is lucky. He is being treated by the World Trade Center Health Program authorized by the 9/11 James Zadroga Health and Compensation Act of 2010. The problem is, Arnie’s luck may run out if the Zadroga Act is not reauthorized in 2016—meaning his healthcare, along with that of other 9/11 first responders, will be cut off. Arnie will be speaking at this year’s Garden of Reflection Remembrance in Light Ceremony in Lower Makefield, Pa., on Sept. 11, 2014 at 7 p.m., where he’ll talk about this growing problem.

On the National Law Enforcement Memorial is the saying “In valor there is hope.” For their valor, the only hope is a reauthorization of the 9/11 James Zadroga Health Act. After 9/11, the nation banded together to say “Never Forget,” yet memories are fleeting. If citizens don’t contact their senators and congressman to ensure the reauthorization of this act, some elected officials may forget.