by Tom Beckstrand
in Exclusives, News
0

REMINGTON’S M24E PROGRAM IS APPROVED. After 20-plus years of active duty service, the M-24 gets is needed update. 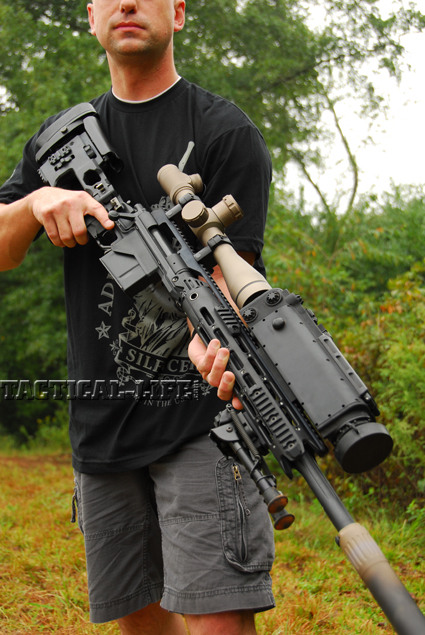 THE CONTRACT’S SCOPE AND PURPOSE

Want to read our review on the Remington M24E? Click here!

Want even more? Click here to read about when we first got our hands on one.

The U.S. Army recently announced the award of the M-24E contract to Remington Arms Company. The award of this contract allows for the upgrade of 3,600 Sniper Weapons.

Remington has produced almost 15,000 M24s since the birth of the Army’s program in the late 80’s and the rifle has remained largely unchanged since its inception. The M24E1 program will take this venerable sniping icon and rebarrel it in .300 Winchester Magnum, include a side-folding modular chassis, detachable box magazine, first focal plane scope and suppressor. The process is allowed to take 5 years and has a potential value of $28.2 million.

The need for the M24E1 was first identified by in 2006 by 10th Mountain Division soldiers serving in Afghanistan. Once the military identified the need, Senator Charles Schumer and Representative Michael Arcuri led the effort in Congress to ensure that the program received crucial funding in 09 and 10.

Trials for award of the contract began with an open competition in January of this year and lasted nine months. With Remington winning the award, the upgrading process will now begin in earnest.

Remington’s new M24E has a modular chassis known as the RACS (Remington Arms Chassis System) with a buttstock that folds to the right, encapsulating the bolt handle and proving useful in military operations that require a smaller profile (like getting into and out of a vehicle) while also creating a “slick” side on the left side of weapon. The chassis features an adjustable length of pull, adjustable comb and is set up to accommodate a number of night vision and IR devices with cable routing guides to minimize the clutter of wires that can be an issue with electro-optics and pressure pads, and removable modular rail pieces that can be used when needed and taken off when not required..

The Remington M24E features a 5 –rd detachable box magazine to facilitate quick reloads. The M24E rifles also have a 24-inch barrel and feature a 1:10 twist rate. The barrels will be hammer forged from 416R stainless and have 5R rifling. The M24E has Leupold’s bold new 34mm tubed 6.5-20×50 scope. Attached to the end of the barrel is Advanced Armament Corporation’s titanium suppressor. The suppressor features inconel baffles and a titanium body. AAC was recently purchased by Remington to ensure functional parity between the two systems.

“We are honored to be providing US soldiers with the M24E1 solution – an evolutionary leap in precision engagement capability and survivability.” Noted Jason Schauble, Vice President of Remington’s Defense Division, “Remington has made significant investments in manufacturing modernization, end-user driven research and development, and complementary technologies to provide a wide range of reliable, durable and maintainable small arms solutions, and the M24E1 award is a significant achievement for our company and its proud US workforce.”