Security For the 2018 Royal Wedding Is No Joke

The upcoming royal wedding is a massive event which requires a strong security presence to ensure the safety of everybody involved. 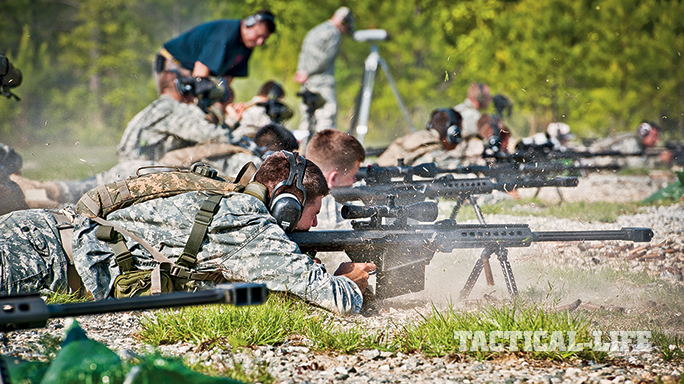 SAS Sniper Takes Out ISIS Executioner, 3 Others From a Mile Away

As Fox News reports, more than 100,000 people are expected to be on hand in the small town of Windsor in England for the nuptials of Britain’s Prince Harry and the American actress Meghan Markle.

The Queen; her husband, Prince Phillip; her grandson, Prince William; and 80 other members of the Royal Family will attend the wedding, not to mention senior government and military officials, and hundreds of other high-profile guests.

Security is of the utmost importance, and with a global television audience watching, the pressure to deliver ramps up even more.

Security on the day will primarily be run by Counter Terrorism Command—a specialized branch within London’s Metropolitan Police Service—and the Thames Valley Police, which polices the general area of Berkshire, Buckinghamshire and Oxfordshire.

Neighboring police forces will also be present, as will the Royal Protection Command, another Metropolitan Police branch. However, SAS soldiers will be on hand and ready to step in and take control of the situation, should the need arise.

Armed and unarmed officers are already patrolling the streets of Windsor and the perimeter of Windsor Castle. Canines will be deployed to detect explosive devices. Soldiers and officers in plain clothes will be present in order to identify potential threats. Security has also mapped out escape routes and safe locations to which the royal couple will be moved if necessary.

In addition, road closures will be in effect around Windsor on the day of the wedding. Meanwhile, barriers are being setup to prevent vehicles from getting anywhere near the crowds. Up above, a no-fly zone will be established in the area starting at 5 a.m. on Saturday morning.

According to the Daily Express, security forces will also use a high-tech automatic license plate recognition system. Basically, if a suspicious vehicle enters the area, police will be notified instantly. It’s also rumored that police will be using anti-drone technology to combat possible UAVs in the area.

Screening locations have also been set up in and around Windsor. Spectators—whether they arrive by train, car or on foot—will have to be screened before they can get anywhere close to the procession and the castle.

The royal wedding procession, during which Prince Harry and Meghan Markle will ride in an open-air carriage for two miles through the streets of Windsor, is giving security the most concern.

“[Windsor] is a hell of a job to secure,” Dai Davies, the former head of royal protection, told CBS News. “It has narrow streets, cobbled in parts. How do you secure several miles of very small township and parts which are open and green?”

To address this, police will be on all the rooftops in the area on the lookout for snipers.