Last week, the Russian Ministry of Defence announced that Kalashnikov Concern’s AK-12 and AK-15 assault rifles had officially been adopted by Russia’s Ground Forces, Airborne and Marine troops. Now, Kalashnikov CEO Alexey Krivoruchko has confirmed to Russian state news agency TASS that his company has signed a contract with the MoD to deliver its new RPK-16 guns. 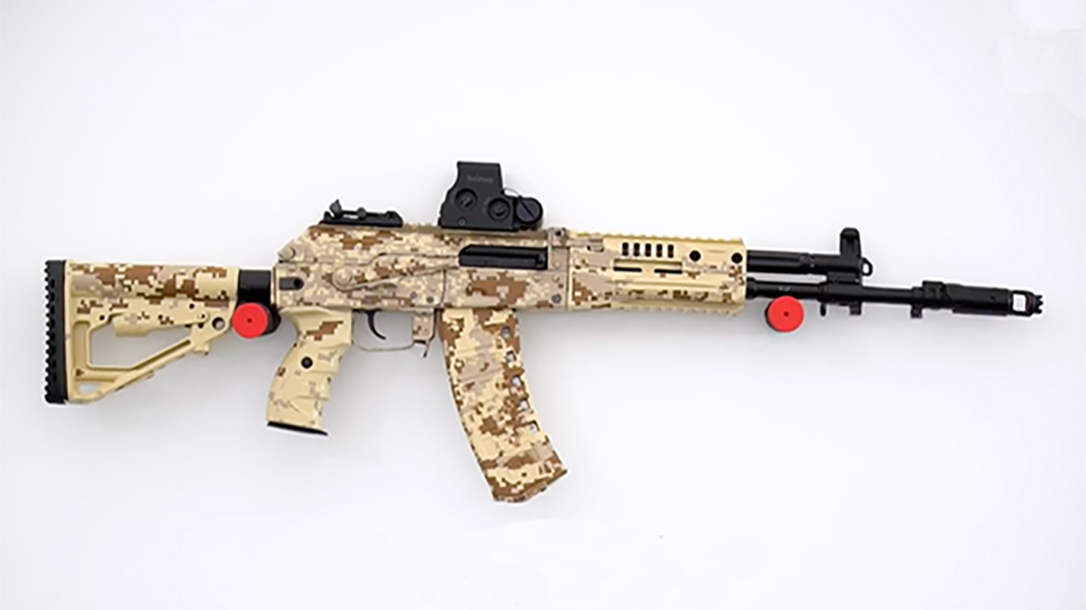 Designed as a replacement for the aging RPK-74, the RPK-16 is a light machine gun chambered in 5.45x39mm first introduced at the Army-2016 International Military Technical Forum and Defense Exhibition in Russia. It features a collapsible, side-folding, 4-position stock; receiver cover with two attachment points to ensure accessories stay firmly in place on the included Picatinny rail; and a windage adjustable rear aperture sight.

The RPK-16 also features a polymer handguard with Picatinny rails at the 12 o’clock and 6 o’clock positions; additional slots for rails on the sides; enhanced safety selector lever; ergonomic pistol grip with finger grooves and a maintenance kit inside; birdcage style muzzle device; and a barrel that can be quickly switched out with the need for additional tools or instruments. This gun also comes with a 95-round drum magazine.

To learn more about the RPK-16, check out the video below. Visit kalashnikov.com for more on Kalashnikov Concern.