Footage went viral recently capturing Russian soldiers employing a new rapid insertion/extraction technique near Moscow’s Red Square, according to Global News. But Russian authorities quickly pointed out the scene was merely a training exercise, according to the report. 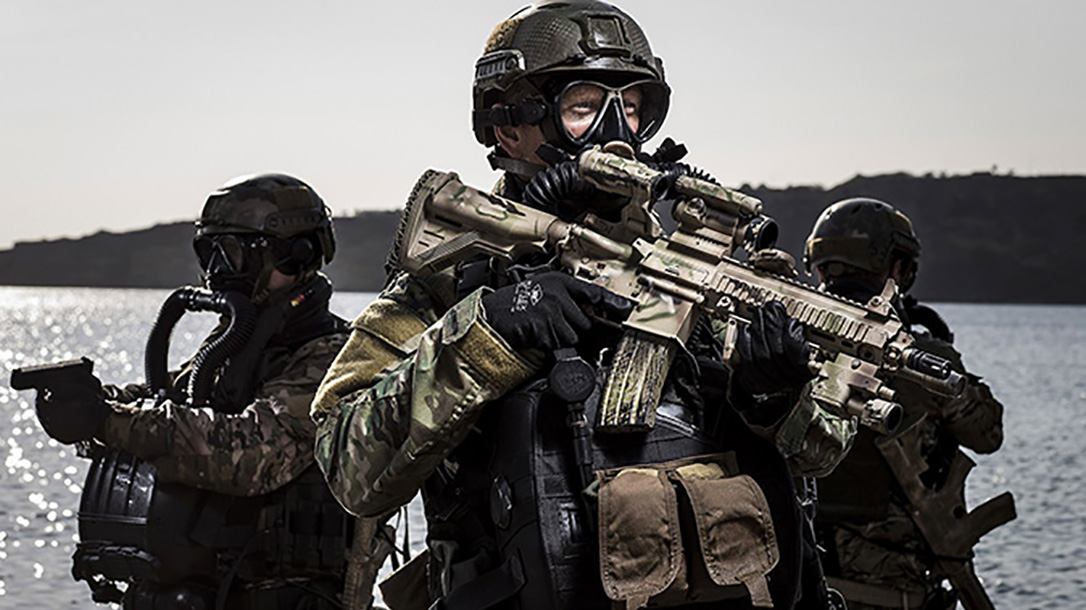 Similar to a SPIE rig or Fast Rope technique, the hanging device known as the AirTEP increases capabilities. The design features a rubber net system fitted over rigid frame. Additionally, the resulting frame supports men and gear, while a series of cables/ropes complete the support.

The unique platform enables military units to rapidly insert or extract up to 10 individuals at a time. Moreover, once you see the AirTEP in action, it becomes clear its potential is limitless. In short, the unit was originally designed with special forces operators in mind.

Capewell Aerial Systems (CAS), a supplier of specialized aviation and tactical products for U.S. and allied forces, manufacturers the device. Additionally, CAS provides equipment to law enforcement agencies and search and rescue organizations around the world.

Designed for use with both civilian and military helicopters, CAS claims the AirTEP excels when performing rescue operations in any type of extreme environment. Therefore, for mass rescues, such as flooding or fire, it’s easy to imagine personnel quickly getting in and out of dangerous areas utilizing the AirTEP.

For more information on the AirTEP and other tactical gear from CAS, visit capewellaerialsystems.com.