by Tactical-Life
in Military & Police, News
0

Prospects in the Buffalo Sabres summer development camp are undergoing a rather unique training regimen. In an attempt to gain a mental as well as a physical edge, prospects such as Mikhail Grigorenko and Luke Adam have been working with Navy SEALs for the past week.

In an interview on Sabres.com, Adam admitted that the training is helping him grow as a person. 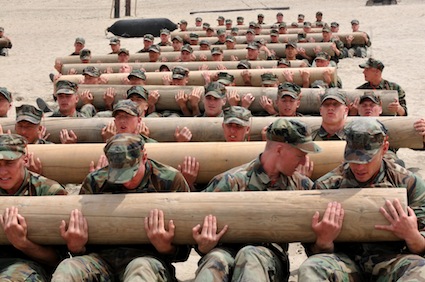 There are 39 players in total at the camp, who start every morning by waking up at 4:30 a.m. and undergo various drills such as swimming, squats, pushups, crunches and several unconventional exercises that sometimes involve giant logs.