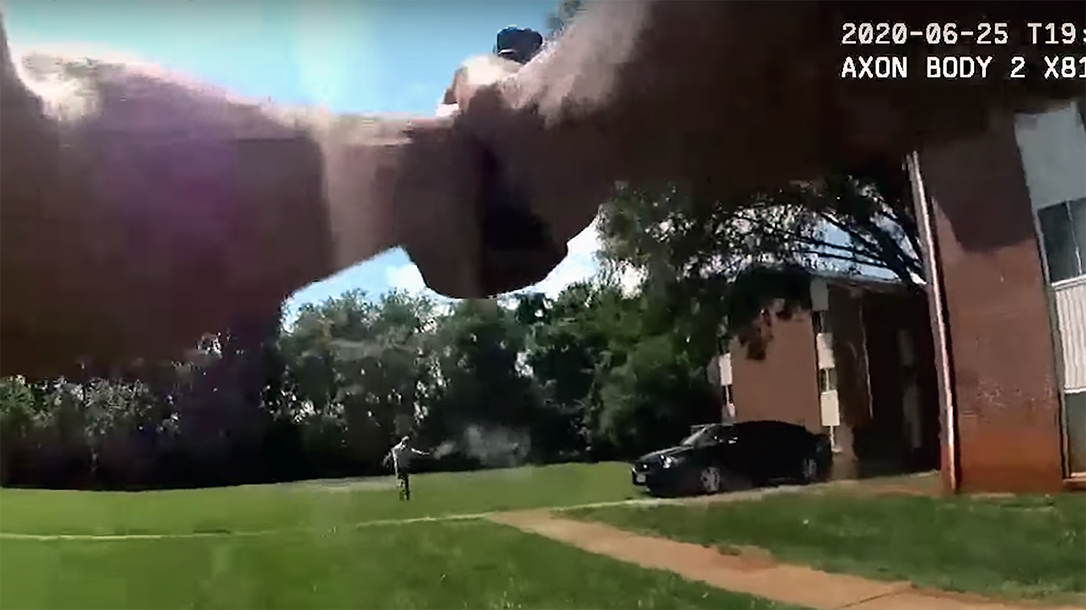 The incident, ironically, took place at a local boxing event aimed at curbing “gun violence,” reported ABC10. But after police responded to a reckless driving report, witnesses later ran toward the on-scene officer and described a man waving a gun at the crowd. Moments later, footage shows the officer bravely run toward the sound of gunfire.

There, the officer found Morales, reported ABC10. Body cam footage shows the officer rush in, yelling drop the gun. He quickly engages the suspect multiple times, dropping him to the ground. Morales then slides a pistol toward the officer on command. Morales eventually died from his wounds.

“They got the wrong man,” Marysa Morales, the sister of Augustine, told ABC10. “There’s somebody still out there on the loose that actually shot.”

“Because he would definitely be a protector,” Roxanne Morales, the suspect’s mother told ABC10. “That’s his natural instinct.”

Police released security footage from the scene. While the footage appears to support the claim Morales threatened the crowd with a gun, it also shows something else. The footage shows a second suspect allegedly fire a gun from inside the building toward Morales. Whether that was in response to threats from Morales is still unknown. The alleged second gunman has also not yet been identified or located by police. But police believe those are the same gunshots heard prior to the officer responding to Morales’ location before fatally shooting him.

“The department is grateful that our sergeant was on scene when the shots were fired,” Sacramento Police Chief Daniel Hahn said in a statement. “He ran towards these shots and likely saved numerous lives by confronting an armed suspect.”