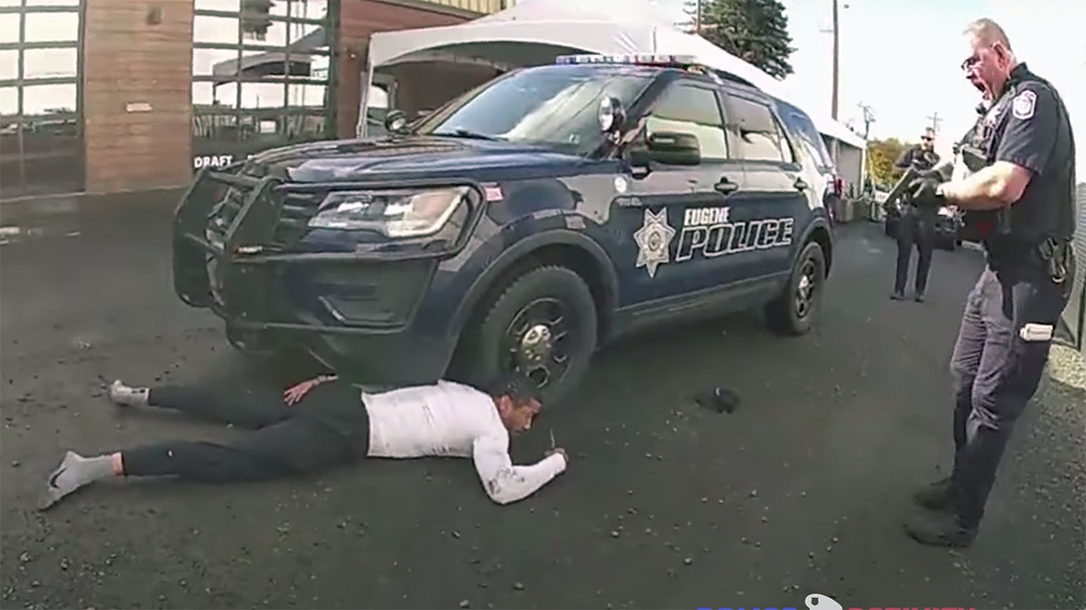 The incident began when a family gathering reportedly turned into domestic dispute. A 911 call claimed Vasquez, allegedly armed with a knife, crashed a vehicle into a parked car. He reportedly threatened with the knife and attempted to run over people onsite. The caller further claimed a small child also rode inside the SUV.

“Um he’s tryin’ a … Uh my niece’s boyfriend trying to run over my … My niece and he already crashed into my husband’s van” a caller told the 911 operator. “And he has a knife on him.”

Footage shows Vasquez continue to ram his vehicle into a parked van. With other individuals potentially in harm’s way, officers move in to intervene. When Vasquez takes another swipe with the vehicle, at least one officer opens fire.

Eventually, officers convince Vasquez to abandon the vehicle. They place the suspect under arrest without further incident. While trying to place Vasquez in handcuffs, the suspect says, “You shot me, bro.”

“Yeah, you’re trying to run over your f*cking family,” the officer quickly responds.