A San Diego officer stopped a man with a knife recently during a home invasion in California. The knife-wielding man ignored commands and began advancing on the officer, who fired multiple rounds from his duty carbine, killing the suspect. 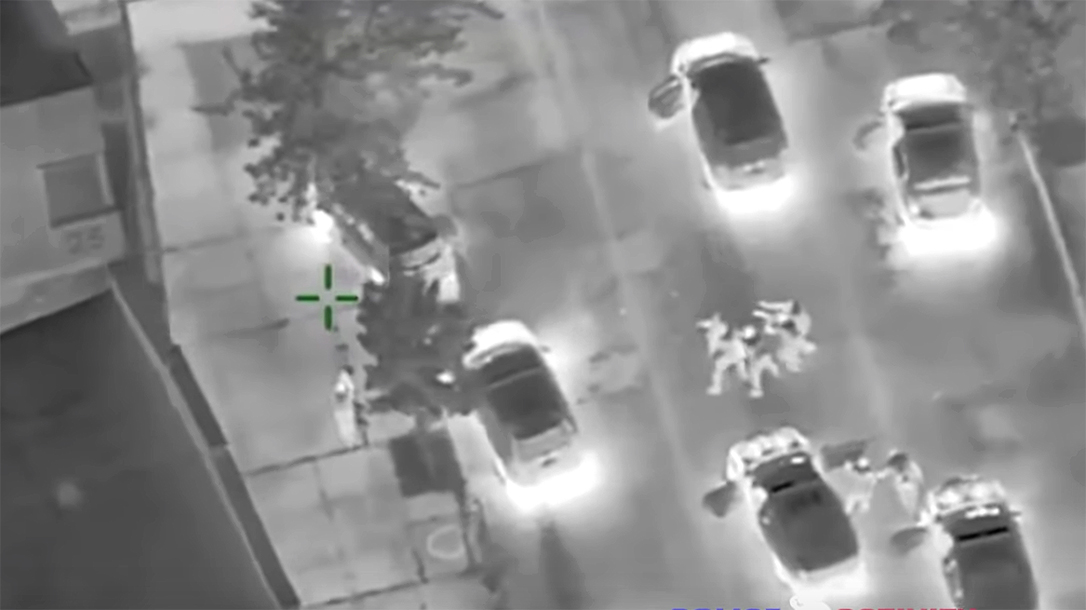 The incident began when police responded to a 9-1-1 call that an intruder attempted to get into the home, reported timesofsandiego. That’s when police found 24-year-old Kyle Zahacefski, from Colchester, Conn., in the front yard.

“The caller stated that (the man) had banged on their front door and windows, demanding a knife so he could kill himself,” said San Diego Police Lt. Mike Holden, according to timesofsandiego.com.

Footage shows two officers gear up at their vehicles. One loaded a pump shotgun, while the other officer readied a Daniel Defense carbine, according to multiple reports. The suspect, seeing the officers, allegedly picked up bricks and hurled them in the direction of the officers, reported timesofsandiego.com. Police said they then heard the sound of breaking glass. Moments later, they found the suspect after he entered the home.

The man held a knife to his throat, according to police. Officer body cam footage shows the suspect ignore multiple commands to drop the knife. It shows the man turn and begin advancing on the lead officer, who engages the suspect with his AR-15.

“Fearing for their lives, one officer fire several rounds from his AR- 15 rifle, and another officer fired one round from his beanbag shotgun,” the lieutenant said, according to timesofsandiego.com.

The officer struck the suspect with at least one bullet. He died on the scene, despite officers’ attempts to revive him, reported timesofsandiego.com. No other persons, including two inside the home, suffered injuries during the incident.