San Diego PD shot and killed a man armed with a semi-automatic rifle recently in California. The suspect allegedly brandished and fired the weapon at a mobile home before allegedly pointing the rifle at officers.

Officer body cam and helicopter camera footage captured the fatal incident that left 50-year-old Alfonso Cervantes dead. The incident began when San Diego PD officers responded to a call for a report of gunfire, according to timesofsandiego.com.

“The witnesses described the man as acting strangely and (reported he) appeared to be hiding from someone,” said Lt. Matt Dobbs, according to timesofsandiego.com.

Footage shows the man carrying what appears to be an AK-style rifle. The video shows the man waving erratically, and walking around the mobile home park. At one point, he appears to raise and fire the weapon, with officers heard communicating “shots fired.” 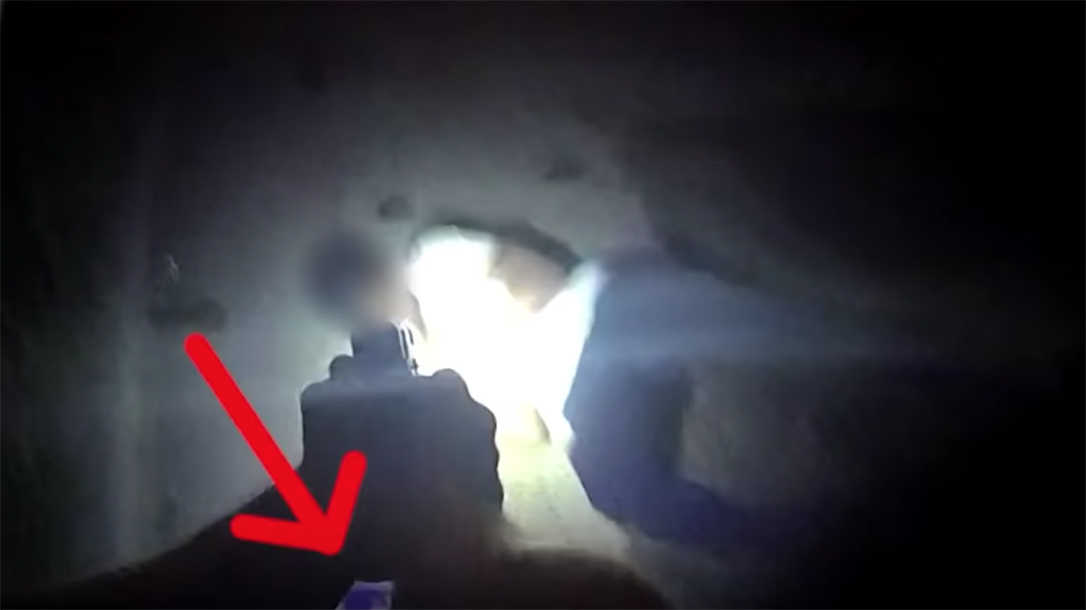 “At one point, the man approached the officers’ location and fired a round from his rifle,” Dobbs said, according to timesofsandiego.com. “The man retreated behind a row of RVs and was again seen a few seconds later, still holding the rifle.”

“According to a witness, the man raised the weapon toward the east – in the direction of the officers – and gunshots were again heard and the man fell to the ground,” Dobbs said, according to timesofsandiego.com

The video shows officers command the man in what sounds like “drop the gun.” Then the officers fire on the suspect, dropping and killing the man.

Footage shows the officers respond quickly to the downed suspect, secure the area and immediately begin rendering first aid. However, the well-placed shot proved fatal, and authorities pronounced Cervantes dead at the scene. No other civilians or officers sustained any injuries during the incident, according to timesofsandiego.com.