The San Francisco Police Department has released body cam footage showing a fatal shootout with an armed suspect in a barbershop. Watch the intense footage above. 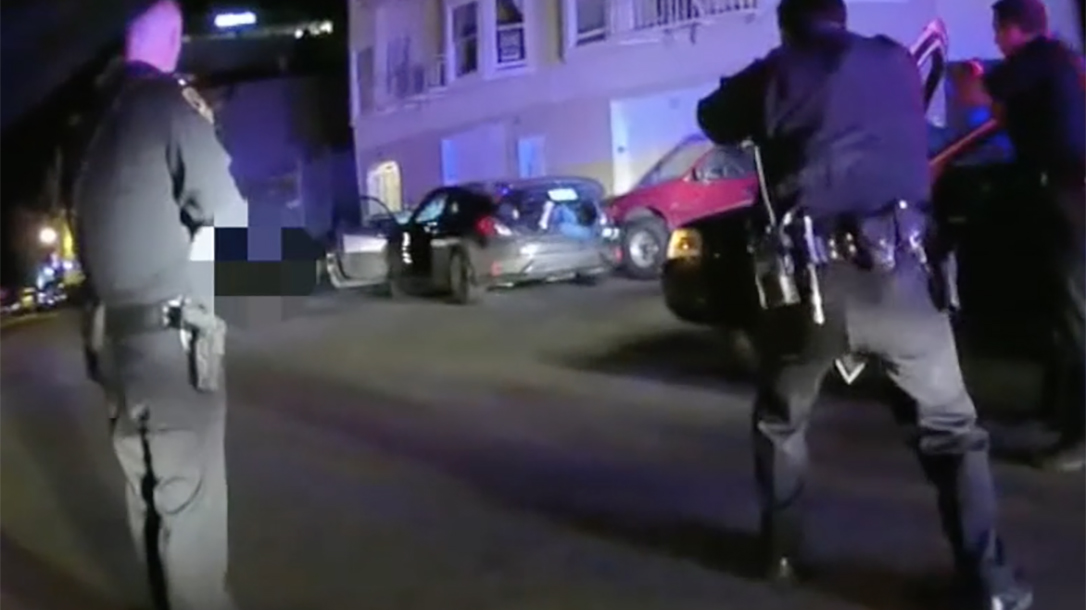 The department says it received a 911 call regarding a man wielding a gun in front of a residence in the city’s Crocker-Amazon neighborhood. While officers responded, dispatch informed them that the suspect, 21-year-old Jehad Eid, had threatened his family, flashed a gun under his jacket and tried breaking into the family’s garage.

Officers arrived at the scene, only to be told by the family that Eid had fled to a nearby barbershop. The officers went to the barbershop. One uniformed and one plainclothes officer walked inside.

Upon entering the barbershop, the officers saw Eid sitting in the corner. Eid immediately stood up, pulled out a Glock 22, and started firing. The officers returned fire, shooting Eid 18 times. In total, Eid fired nine rounds, while the officers fired 26 rounds.

One of the officers was shot in the leg, but he managed to crawl out of the barbershop and is recovering. Eid was pronounced dead from his injuries at San Francisco General Hospital later that evening.

Police said four additional people who were inside the San Francisco barbershop were either struck or grazed by the gunfire. Furthermore, all four have been treated and released from the hospital.

At a tense town hall meeting held by San Francisco police, Eid’s family was split on whether or not the shooting was justified. One family member read a statement which said, “We understand the consequences of Jehad’s actions. We stand by the officer’s decision to use lethal force.”

But another representative, Lara Kiswani, disputed that, saying, “The Eid family does not stand united in apologizing to the officers for what took place … Jehad Eid was a loving and vibrant young man, and his life did not have to end so soon. Once again, a call to 911 results in a loved one being murdered by police.”

The investigation into the shooting is currently ongoing.