The San Francisco Police Department has released body camera footage showing one of its officers shooting an armed felon in the back as he’s running from the scene. Watch the video above to see this officer-involved shooting go down. 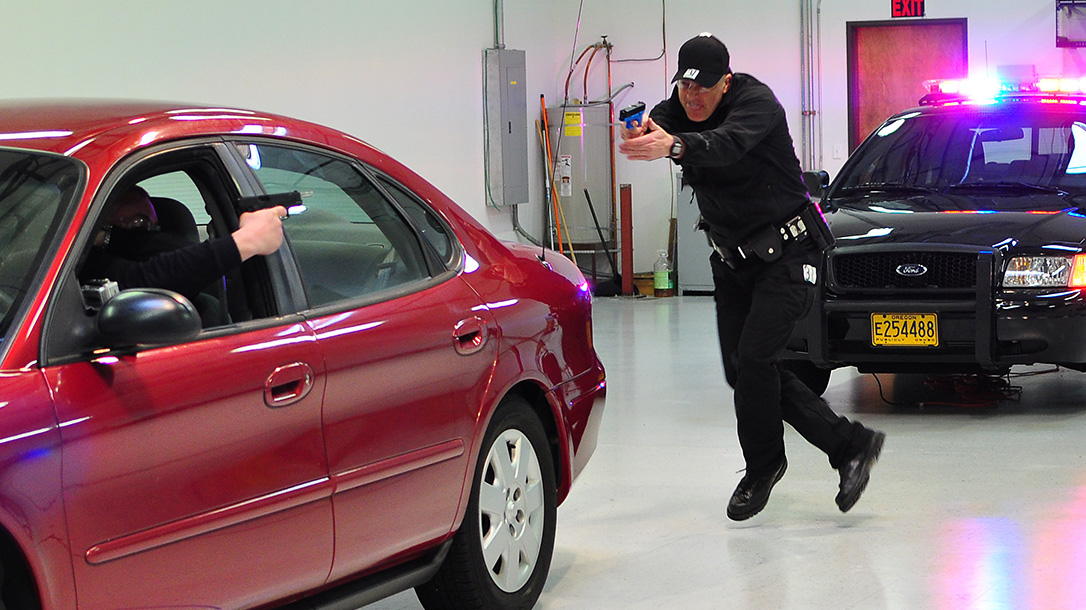 A SFPD press release says that on Saturday, June 9, at 12:17 a.m., two officers were on patrol in the city’s North Beach neighborhood when they observed four men on a street corner with an open container. One of the officers approached the four men on foot while his partner parked their patrol vehicle.

The video shows the unidentified officer talking to the four men. One of them—later identified as 28-year-old Oliver Barcenas—suddenly bolts down the street. The unidentified officer pursues on foot. During the chase, the officer later said he saw Barcenas take off his jacket and pull out a firearm from his waist. The video shows Barcenas discarding his jacket. The officer then opens fire, causing Barcenas to fall to the ground.

Medical personnel arrived on the scene shortly after the shooting. Barcenas was taken to Zuckerberg San Francisco General Hospital for treatment. SFPD hasn’t said how many times Barcenas was shot; the video appears to show the officer firing two rounds, and that Barcenas was struck in the back.

Police recovered a Glock 30 .45 ACP pistol from the scene. The pistol, which belonged to Barcenas, was equipped with a laser sight and a magazine that held 26 rounds.

Barcenas has been charged with delaying an officer, carrying a concealed firearm, exhibiting a firearm, and being a convicted felon in possession of a firearm.

According to the San Francisco Examiner, Barcenas—a known gang member—has been shot before by police. In 2012, he was shot three times by Assistant Deputy Chief Toney Chaplin during a foot pursuit through the city’s Mission neighborhood in which he carried a loaded pistol. Chaplin was a Sergeant in the SFPD at the time.

At a town hall to discuss the shooting, many were critical of the officers’ actions that night.