Two San Jose police officers shot and killed a man armed with a hatchet at a San Jose power plant in January. Body cam footage of the incident has just been released. 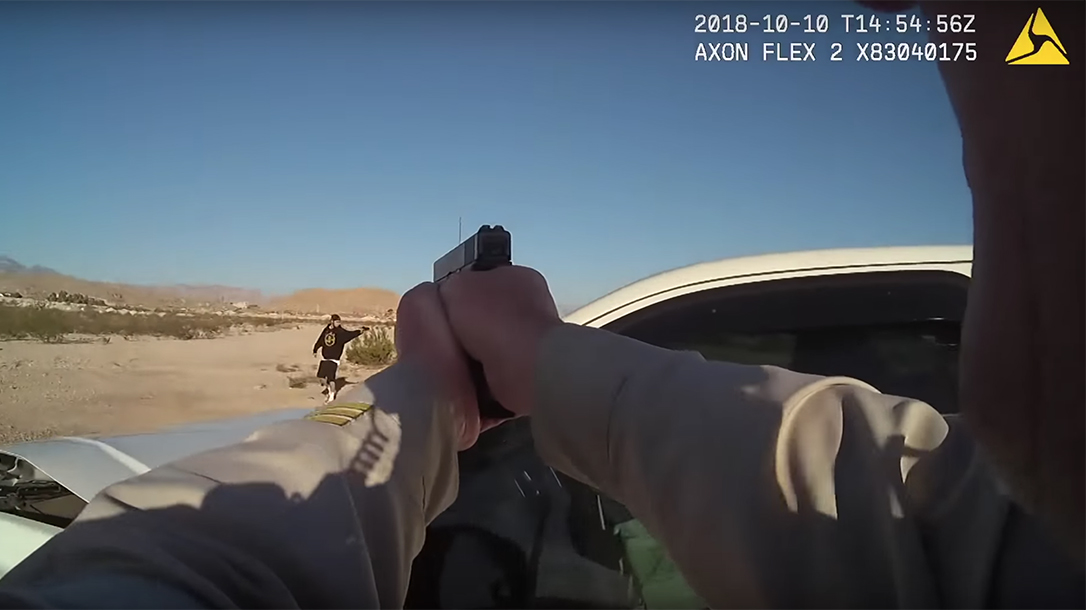 Watch footage of the incident from three different body cameras above.

The suspect, 27-year-old Thompson Nguyen, drove to the Metcalf Energy Center on Jan. 9, 2018. The Santa Clara DA said he was armed with two hatchets, three pipes, seven knives, nunchucks, a GoPro camera and a sword.

The report states that Nguyen climbed over a fence and began to “stalk the campus.” The DA said he had a hatchet in one hand and a metal staff in the other.

Police arrived shortly thereafter and attempted to disarm Nguyen, who ignored officers’ commands, as seen in the footage.

Throughout incident — and confirmed by the footage — Nguyen yelled “Shoot me!” and “Kill me!”

One officer replied, “We don’t want to shoot.”

As the incident progressed, Nguyen advanced on the officers with the hatchet and staff. He continued to ignore commands, which prompts the officers to open fire, the video shows.

As stated above, the Santa Clara DA cleared both officers in the shooting.

After the shooting, the DA said officers found a fake police badge in Nguyen’s car. They also found journals in which he wrote that Metcalf employees put microchips in his brain.

According to prosecutor David Boyd, who authored the 44-page report on the incident: “Any reasonable officer would conclude that Nguyen, whether as a result of a mental health issue or not, had decided that he was going to die that day and that if he had to attack an officer with a weapon to make it happen, he was going to do so.”