In its early stages, the COVID-19 pandemic saw politicians release dangerous prisoners. Coronavirus cases decimated police departments and police chiefs instructed officers to cut back on what crimes they made arrests for. From the start, we’ve warned that Americans are more responsible for their own protection than ever before. After all, the combination of fewer police, more criminals and desperate circumstances produced kind of a “perfect storm” for mayhem. The Seattle City Council just added to that storm. 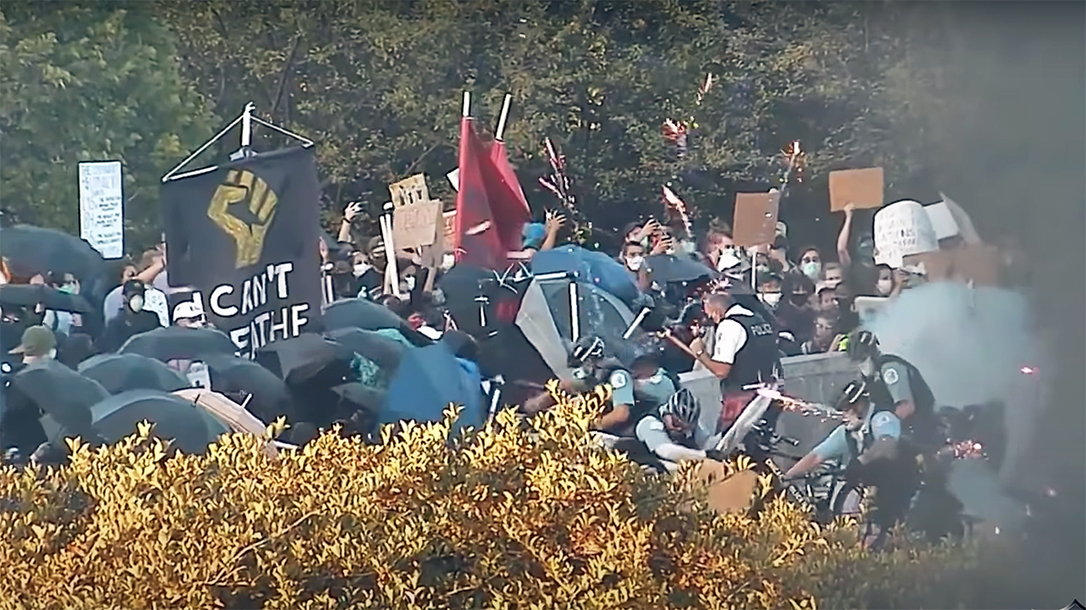 Many Americans understood the concept quite well. The result was record firearms sales in March, April, May and June, along with accompanying ammo shortages in some areas.

Then there were riots, calls to defund police departments, and cynical politicians unwilling to address rampant violence in big cities; that all prompted us to mention it again. After all, things weren’t getting better, only worse.

Now, even major city police agencies are admitting that the only person who can take care of you is you. Seattle Police Chief Carmen Best recently warned business owners and residents of her city. Local police will not “risk their personal safety to protect property,” she wrote. The warning comes after city officials banned police from using less-lethal tools like pepper spray for dispersing crowds to control rioters.

“This ordinance bans Seattle Police officers [from using] less lethal tools, including pepper spray that is commonly used to disperse crowds that have turned violent,” Best wrote in a letter to business owners and other residents. “Simply put, the legislation gives officers NO ability to safely intercede to preserve property in the midst of a large, violent crowd.”

The upshot is that police won’t be responding to rioters destroying businesses and homes as the riots continue; this is a welcome outcome for those fomenting the violence and destruction. But it’s understandable, given Best’s need to protect her officers.

“For these reasons, Seattle Police will have an adjusted deployment in response to any demonstrations this weekend as I will never ask our officers to risk their personal safety to protect property without the tools to do so in a safe way,” she wrote.

Taking on the Seattle City Council

Late last week, Best wrote a letter to the city council. She explained the importance of the situation and their need for the ability to use less-lethal means.

“Some have asked why officers are not arresting those engaging in criminal behavior, as officers do every day, and as they have in recent protests,” she wrote. “If it is safe to do so, and even when it places their lives in danger, our officers always directly address criminal behavior. They do this, however, when they know they have the tools shown to allow the safe use of their policing powers. This Council ordinance denies them access to these tools that have been an essential part of their court-approved tactics.”

Gun owners and long-time self-defense practitioners know that when seconds count, it often takes minutes for police to arrive. With the likelihood of that arrival being greatly delayed—even nonexistent in some areas—it is more important than ever to be vigilant. Make sure you have the means to protect yourself and get the training necessary to do so effectively.