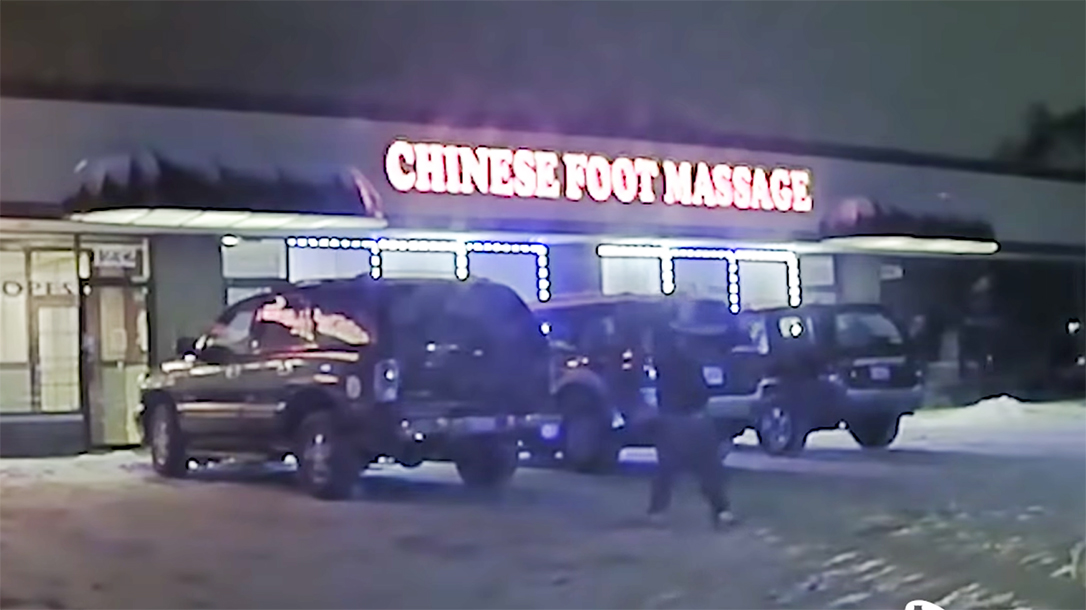 Officers forced open a third-floor apartment door where they observed a deceased woman inside. Also, officers identified two adults, a man and woman, and two small children, a boy and girl, hiding in another room, according to a Seattle Police Department report.

Then police spotted a man armed with a large knife. Subsequently, two officers engaged the suspect, repeatedly ordering the suspect to drop the knife. During this time, officers also observed a grizzly scene, as police are heard saying “her head is cut off,” seemingly referring to the injuries suffered by the deceased woman.

“Early this morning two of our officers responded to a very dangerous domestic violence incident. After forcefully entering the apartment, the officers were faced with a horrific and (grisly) homicide crime scene,” said a statement issued by the Seattle Police Officers Guild, as reported by seattletimes.com. 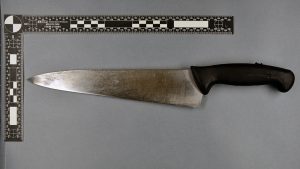 That scene turned even more deadly when the suspect picked the knife back up and postured toward the officers. After issuing several more verbal warnings, officers finally engaged the suspect, fatally striking him. All officers involved avoided injury.

Seattle Fire responded and declared both the victim and the suspect dead on the scene, according to Seattle Police.

During the incident, the family barricaded itself in an adjacent room. Finally, officers escorted the uninjured adults and children out of the apartment, according to Seattle Police.

The investigation into the incident remains active and ongoing, according to Seattle Police.