A traffic stop gone wrong left a Seminole County Deputy injured and a suspect facing attempted murder charges in Florida. The suspect, attempting to flee, dragged the deputy down the interstate with his SUV, but not before the officer shot and hit the man once in the leg. 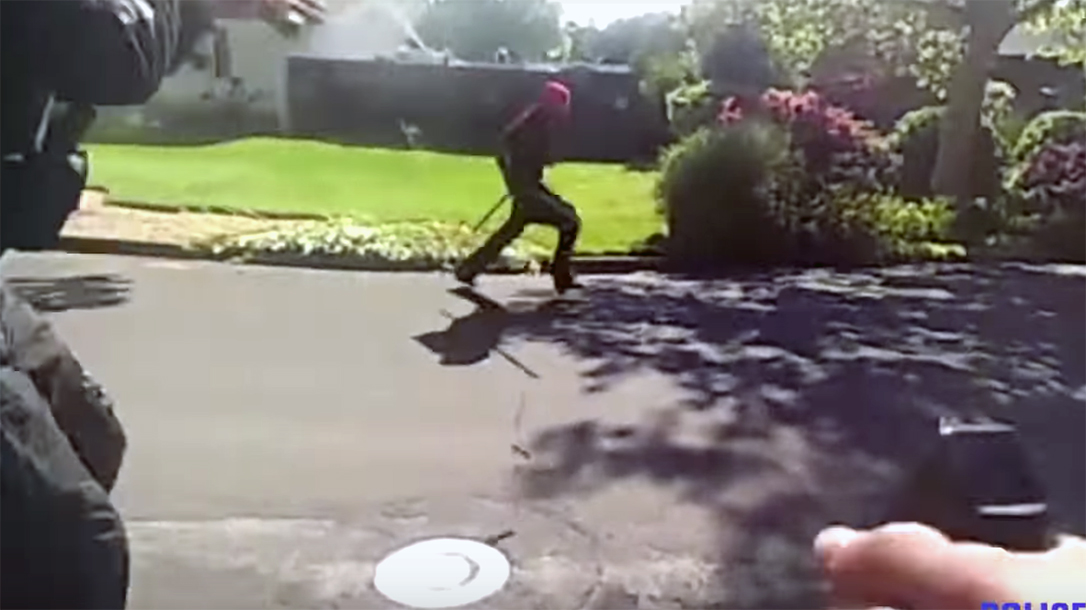 Deputy Aaron Blais shot 38-year-old Rocky Rudolph Jr., following what should have been a routine traffic stop. But when the the deputy began starting asking questions, things went sideway quickly.

Officer body cam footage shows Blais pull the suspect over for illegal window tint. However, upon smelling marijuana, the deputy asked Rudolph if he carried a medical marijuana card, which he said he did not.

“(Sheriff Dennis) Lemma said Rudolph refused commands to turn off his car, and while Blais was ‘attached to the window,’ Rudolph drove about 20 feet, dragging him. Blais was ‘still engaged’ with Rudolph when he stopped the car, and he pulled his gun out while radioing for backup, Lemma told reporters,” the Orlando Sentinel reported.

Footage shows the deputy command Rudolph to stop numerous times, demanding the suspect take the vehicle out of drive. But instead, Rudolph clearly panics and attempts to flee. In a wild scene, the deputy fires off a round before being drug down the highway at an alarming rate of speed.

“Rudolph’s black Escalade “spun out” and he fled on foot, sparking an hours-long search that involved several nearby agencies, according to Lemma,” reported orlandosentinel.com. Authorities later apprehended Rudolph

Now Rudolph faces attempted murder of a law enforcement officer charges for assaulting the deputy with a vehicle. Meanwhile, Deputy Blais received treatment at a local hospital and has since been released.