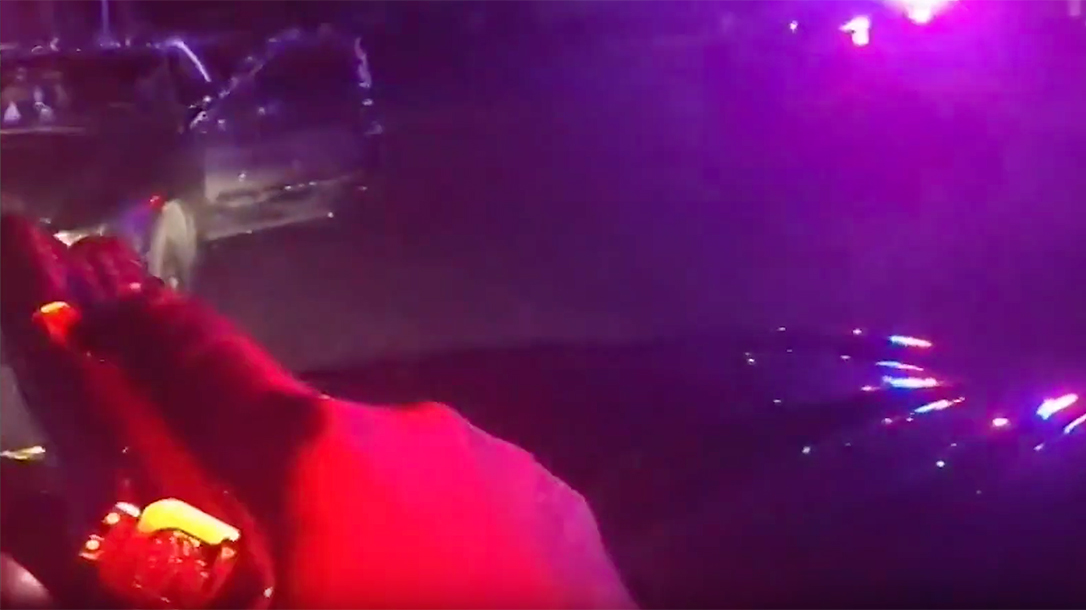 The incident began when officers responded to a 911 call. In that call, a distraught woman described a man breaking into her home, asking if any men were present, according to sfchronicle.com. Later, a second 911 call from another woman described a man attempting to break into cars. Officers saw the suspect, Jamaica Hampton, who matched their description, according to sfchronicle.com.

Footage shows the altercation, where Hampton appears to immediately lunge at the officer Sterling Hays opening the passenger door of the squad car. Then Hampton attacks Christopher Flores, striking him with a vodka bottle.

A chase ensues through the street, with officers repeatedly ordering Hampton to get on the ground. Finally, the suspect turns sharply between two cars, headed straight for Hayes, who fires six shots. A few seconds pass, then the suspect begins attempting to get up. Then Flores fires a final shot at the suspect.

“Mr. Hampton was still holding the glass bottle and closed the distance between himself and the passenger officer. The passenger officer discharged his issued duty weapon,” said Commander Robert O’Sullivan, according to sfchronicle.com “After being shot, Mr. Hampton went down to the ground, rose to his knees and then began to move in the direction of the injured driver officer. The injured driver officer discharged his duty weapon.”

Though video evidence clearly shows the suspect attack the officers, public sentiment questioned the need for the level of force used. Several shouted “Cowards” during the town hall, according to sfchronicle.com.
Meanwhile, a frantic Hayes yelled “Goddammit man, f–k! I didn’t want to do this! I din’t want to f—ing do this!,” visibly distraught from the shooting. Footage then shows a bloody Flores and the wounds he received during Hampton’s violent attack.