A SIG Integral Eccentric Firearm Silencer Patent Has Been Approved

On March 2, 2017, SIG filed a patent with the United States Patent and Trademark Office for an “Integral Eccentric Firearm Silencer.” That patent was approved on July 24, 2018. 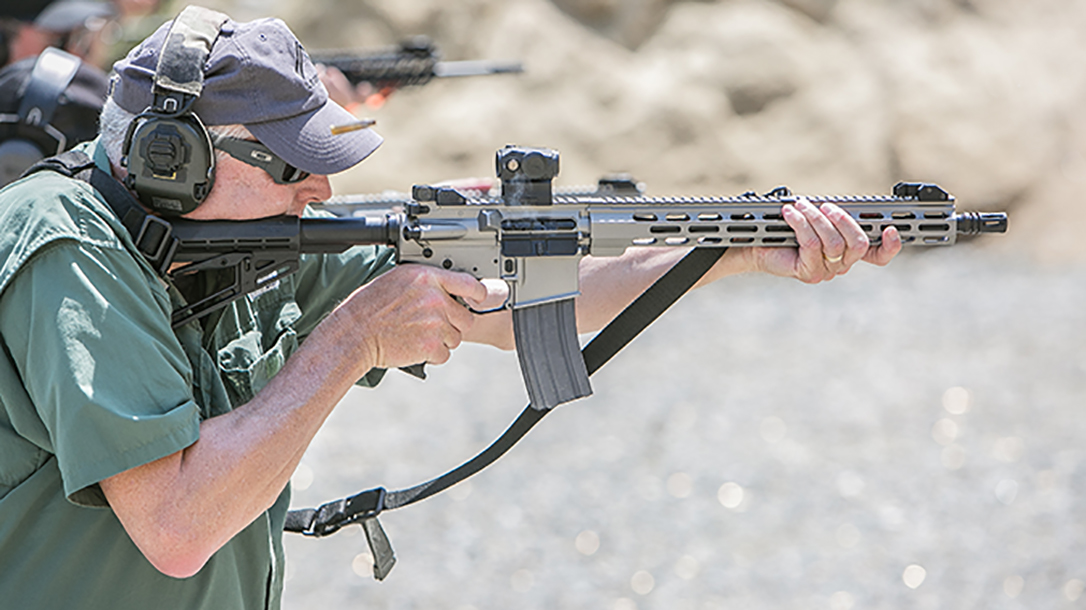 The elongate body is configured to be coupled, rotatably about or slidably parallel to the longitudinal axis X, to a barrel of the firearm at or near the projectile entry end.

Also, the elongate body includes a capsule container mounted eccentrically adjacent to, and in fluid communication with, the propellant gas expansion chamber.

The capsule container is configured to receive therein a capsule or ablative cartridge containing an amorphous solid or a liquid.

Essentially, this looks to be a wet suppressor that uses an ablative, rather than baffles, for sound reduction. Based on the drawings included with the patent, we’d hazard a guess that this suppressor will be paired with the Sig Sauer P320. We will keep you informed of any updates regarding the silencer.

To view the full patent, go to patentsgazette.uspto.gov.