Salt Lake City Police responded to a 9-1-1 hangup recently, and the events quickly turned deadly. Authorities say a suspect pulled a gun and fired at least once before SLC Police shot and killed the suspect. 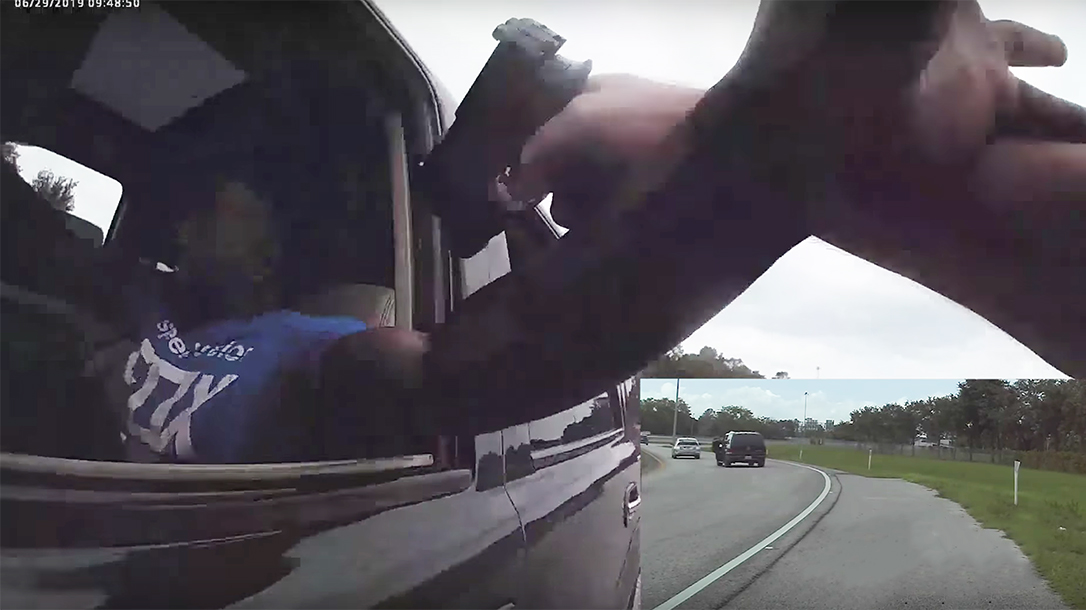 The initial responding officers “encountered a male who produced a gun and actually shot at our officers,” said Salt Lake police detective Greg Wilking, according to desert.com. “It was a very dynamic, quick incident that took place once the officers arrived on scene.”

The incident began when SLC Police responded to a 9-1-1 call hangup. Upon arriving, officers found a Cadillac with bullet holes in the parking lot of an apartment complex matching the address of where the call originated. There, officers found Santiago and others inside the vehicle.

Footage shows a responding officer approach the car and begin questioning individuals inside. Eventually, the officer turns to the passenger in the rear, driver’s side passenger seat, Santiago. After getting the suspect’s name, returning to the squad car and running the personal info, the officer returns and alerts Santiago he is under arrest. That’s when the suspect begins to resist and reaches for something at his feet.

“Don’t, don’t, don’t,” officers yell. Two officers draw their weapons and point them at the suspect. Other suspects within the vehicle are heard yelling for Santiago to stop as well. But the suspect produces a handgun anyway. Officers respond by backing off, creating space, and ultimately firing on the suspect.

Santiago owned a long rap sheet, including multiple instances of running from police. Authorities already wanted Santiago on a warrant for failing to appear in court, according to desert.com.