A U.S. Army official says the service is planning on fielding its Next Generation Squad Automatic Rifle (NGSAR) only to “close-combat” soldiers, with the M249 Squad Automatic Weapon (SAW) likely to stick around for the foreseeable future. 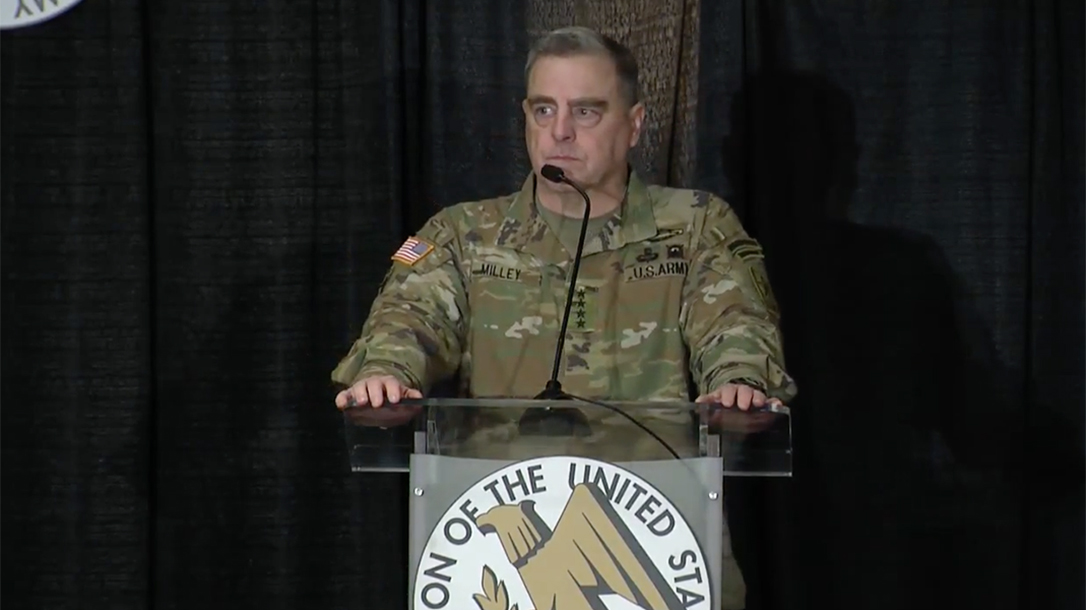 Earlier this year, the Army put out a notice indicating it wanted prototypes for the NGSAR. Last week, the service updated that notice to announce the five companies that were awarded contracts to submit those prototypes. Those companies are Textron Systems’ AAI Corporation; FN America; General Dynamics Ordnance and Tactical Systems; PCP Tactical; and Sig Sauer.

According to the notice, the NGSAR is to weigh no more than 12 pounds. In addition, it should fire ammunition that’s more powerful and 20 percent lighter than typical brass-cased ammunition.

“This is not for every soldier,” Lt. Gen. Paul Ostrowski, Principal Military Deputy to the Assistant Secretary of the Army for Acquisition, Logistics and Technology, told Military.com. “We are looking at it for 100,000 close-combat soldiers.”

As The Drive notes, the current thinking is that the Army wants an intermediate cartridge for the NGSAR, rather than the M855A1 5.56x45mm Enhanced Performance round used in the M249 SAW. In 2017, Army Chief of Staff Gen. Mark Milley testified at a Senate Armed Services Committee hearing that the M855A1 could no longer consistently penetrate enemy body armor resembling the service’s Enhanced Small Arms Protective Insert.

“We know that the 5.56mm is not going to be the round of the future because we have issues associated with adversaries’ body armor,” Ostrowski said.

Textron would appear to have a leg up on the competition, due to the fact that it’s been manufacturing LMGs that fire polymer case-telescoped ammo. Other companies, however, feel polymer is easily damaged during extraction. Consequently, their solution is to use brass at the base and polymer for most of the case, Military.com reported.

“Some will probably come with a polymer case that looks just like a current 5.56mm round except there won’t be as much brass; some will come with a polymer case that is of the non-traditional form … We don’t know. We are allowing [companies] to make that decision,” Ostrowski said, adding that, “we have given them our priorities and said ‘innovate,’ and these companies are doing it.”

NGSAR prototypes will be delivered by the summer of 2019. The Army will evaluate those prototypes and then launch a full competition for the NGSAR contract. Fielding will likely take place in late 2022 or early 2023, Ostrowski told Military.com.

In the meantime, weapons that fire the 5.56mm round, like the M249, are staying put.

“Our 5.56mm is going to be in our inventory for a long time,” Ostrowski said.

As a refresher, here are the Army’s requirements for the Next Generation Squad Automatic Rifle: