THE ELEVENTH ANNIVERSARY OF 9/11

On September 11, 2001, a total of 19 terrorists changed America forever. They executed four suicide attacks on civilian and government targets in Washington, D.C., and New York City. On that clear, Tuesday morning, terrorists from al-Qaeda, an Islamist militant group, hijacked four passenger jets. They plotted to crash two flights, American Airlines Flight 11 and United Airlines Flight 175, fully loaded with fuel and helpless passengers, into the north and south towers of the World Trade Center in New York. Both attacks went as planned, and within two hours the towers collapsed with many people still inside.

The third plane, American Airlines Flight 77, was intentionally crashed into the Pentagon, while the fourth hijacked plane, United Airlines Flight 93, was forced to turn around from its route to San Francisco and redirected to Washington, D.C. Its target, the Capitol Building or White House. However, the passengers of Flight 93, alerted to the earlier attacks, banded together to thwart their hijackers. At the cost of their own lives, they managed to force the plane down into a field near Shanksville, Pennsylvania. 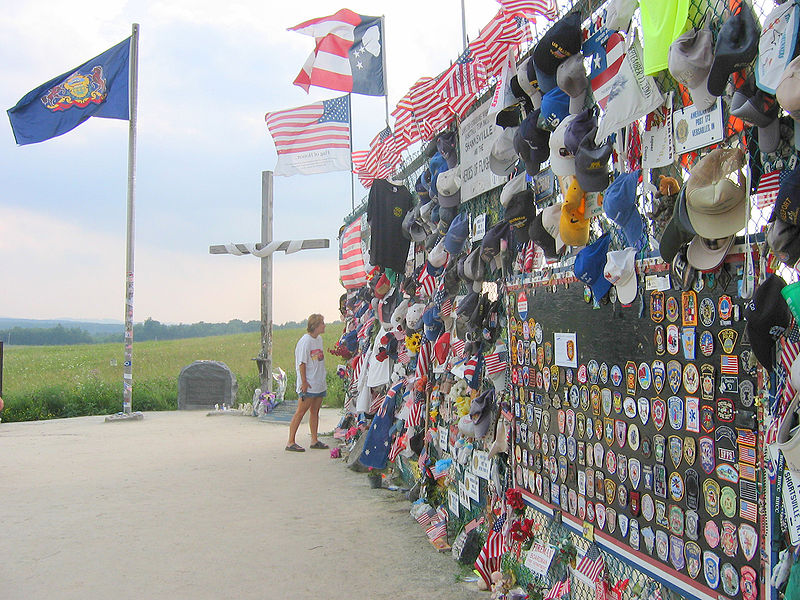 The Flight 93 temporary memorial in Pennsylvania

On that day, close to 3,000 people were killed, including the 246 civilians aboard the four planes. Not since 1941 has America experienced such a unprovoked attack, but this time the casualties were mainly civilians who and first responders. (In comparison, the attack on Pearl Harbor that had America enter World War II was a military attack on military targets.)

Following the attacks and to the terrorists’ dismay, Americans came together with resolve and determination. President George W. Bush climbed on top of the rubble of Ground Zero and told the world that, as a nation, we still stood united and strong. The U.S. placed warplanes above its cities, while New York and the Pentagon fought their fires and searched through the rubble, finding far too few survivors. In the following weeks, Americans buried their dead. Joined by friends, they questioned who would perform such a cowardly act.

On this anniversary, as the people of Denver, North Carolina, have so beautifully shown in the accompanying video, we honor the men and women of many nations who died at the hands of extremists, as well as all the lives touched and lost in the 11 years since. We will never be the same. And we thank those who stand guard to ensure those freedoms remain and to bring to justice those who have done us harm. Thank you all.