President Donald Trump awarded Army Sgt. Maj. Thomas “Patrick” Payne with the military’s highest award, the Medal of Honor, during a ceremony at the White House Sept. 11. The Ranger received the award for exhibiting extraordinary bravery during a nighttime raid in Hawijah, Iraq, on Oct. 22, 2015. The raid on an ISIS stronghold freed more than 70 Iraqi troops held hostage there. Check out the actual footage below. 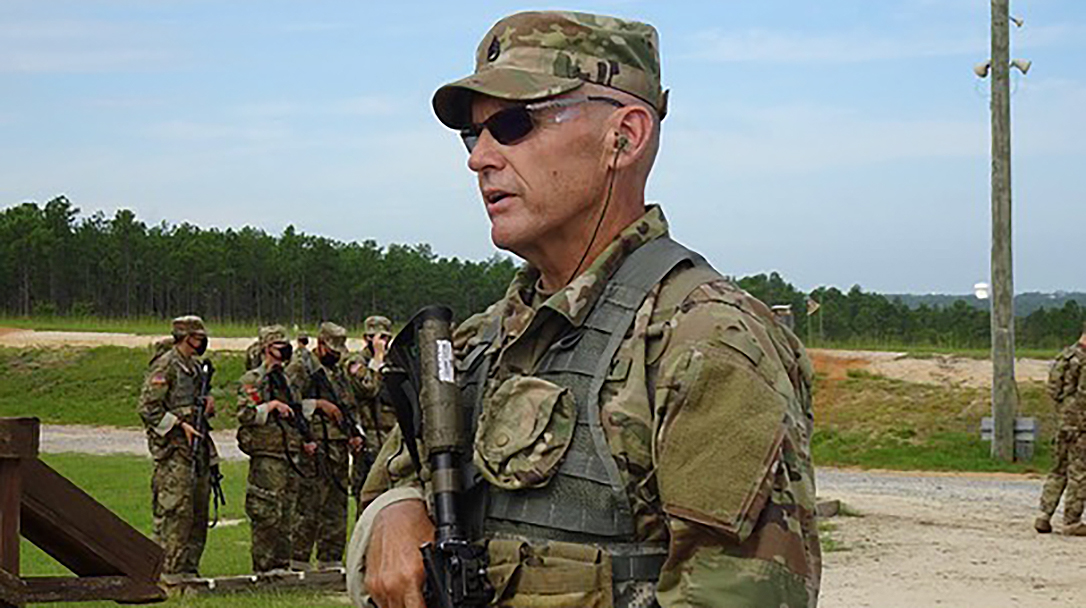 After the Kurdish government asked for assistance, intel showed freshly dug graves, leading authorities to believe ISIS would soon execute the prisoners, according to Army reports.

“The team soon received horrifying intelligence that the terrorists were planning to massacre their captives and bury them in freshly-dug graves,” Trump said. “Pat and his teammates raced into action.”

So the Army kicked off the daring nighttime raid. A special task force of U.S. Special Operations Command forces and Kurdish partners took the compound during the night.

Payne served as an assistant team leader during the raid. His team held responsibility for one of the buildings holding hostages. Upon arrival, Payne’s team found troops already engaged in an intense firefight.

“That’s when we hear there is a man down, and it was Master Sgt. Josh Wheeler,” Payne said.

What happened next reads like something straight out of an action movie. Payne led his team, by ladder, to a rooftop under heavy machine gun fire. They used grenades to take out enemy combatants. Meanwhile, ISIS fighters detonated suicide vests, rocking the very rooftop Payne and his men fought from.

Payne would ultimately enter a burning building, multiple times, under fire. He personally cut the final lock on the door holding prisoners, then led them out. Payne dragged one weakened prisoner out to safety. He went in a final time, emerging with a call of “Last man,” signaling it was time to extract.

President Trump called Payne “one of the bravest men anywhere in the world” for his action, reported Army Times. “In that moment, Pat was called to action,” Trump said. “He knew that his country needed him.”

In fact, the ceremony merely highlighted an entire career of service worthy of distinction. After Payne sat and school and watched the horrible events of Sept. 11, he shipped to basic training. Since then, the Ranger deployed 17 times to combat zones with the 75th Ranger Regiment. He’s fought everywhere America sent him. The man weathered a grenade blast only to come back and win the Army’s Best Ranger competition. And now he’s being honored for his heroic actions in 2015.

They say “Rangers lead the way” — Sgt. Maj. Thomas Payne exemplifies that creed to its fullest.