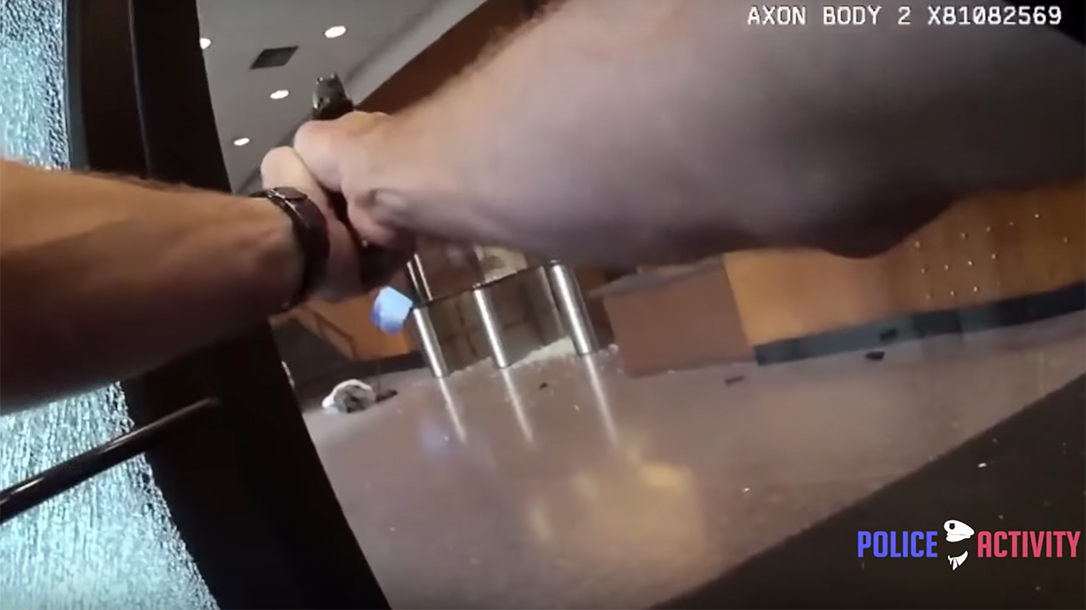 Watch footage from the hotel security cameras above.

Shootout With the Trump Hotel Gunman

Oddi, 42, entered the lobby of the Trump National Doral resort on May 18, 2018, and began shouting anti-Donald Trump rhetoric before firing a handgun into the ceiling, police said. He then unfurled an America flag on the lobby desk, video shows.

“Once shots were fired, patrons and employees were able to exit the area and seek safety,” police said in release. “The subject also activated the fire alarm in efforts to cause further confusion.

Officers from both the City of Doral and Miami-Dade Police Departments responded to the hotel. Upon locating Oddi in the lobby, an exchange of gunfire ensued.

No patrons or employees were injured during the incident.