Tulsa Police recently released body cam video that shows a suspect being apprehended after an apparent shockingly poor decision. Christian Bryant allegedly broke into a local Fraternal Order of Police lodge in Oklahoma. You know the FOP, where all the cops hang out. But then Cisco the police dog came on the scene. 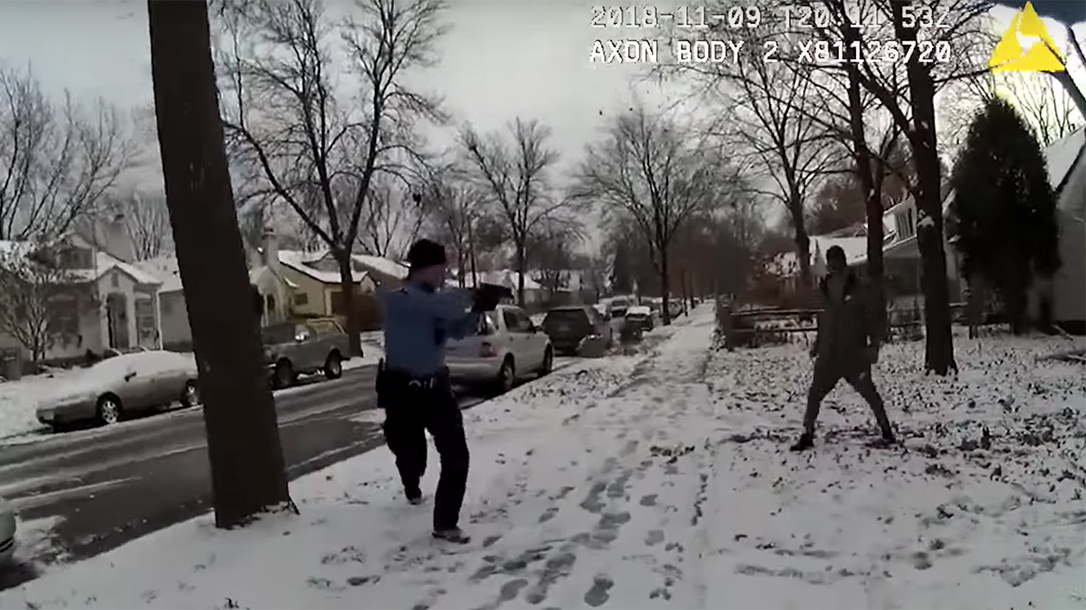 Police say a cleaning lady inside the lodge altered authorities that someone had broken in by smashing the front glass doors, according to a NewsOn6.com report.

After officers methodically work their way through the building clearing rooms, footage clearly shows Cisco spring into action. First through the final door, the police dog pounces on Bryant, who immediately gives, writing in pain from the pooch’s bite.

With the suspect clearly stopped by the police dog, and the responding officer firmly in control, you’d think this story would be done. But alas, our alleged breaker of entry, well he just begun to entertain. The following exchange, straight out of Laurel and Hardy, succinctly illustrates the suspect’s error in judgement.

“What did I do?” Bryant asks, incredibly.

“What do you think you did a**hole?” the officer responds quickly. “You broke a damn window out and entered the damn police lodge.”

The officer, now applying handcuffs to the suspect, immediately reports that Bryant is in custody and will need treatment for a dog bite. Then the tough love continues.

As the officer walks out the suspect, other officials inquire to the extent of his injuries, meanwhile heaping praise on Cisco the police dog. And then our officer takes provides one last zinger for the road.

“Do you realize what building this is?”

“You don’t? You’re about as dumb as a box of rocks aren’t ya,” the officer quips. Indeed, sir.

Authorities took Bryant to the hospital for treatment before taking him to jail, according to the report.