Tulsa Police released body cam footage this week that shows an officer using his Taser on an armed suspect during a pursuit.

After Tasing and subduing the suspect, the officer says, “You need to get some CrossFit, son!” He then finds a handgun in the suspect’s pocket. 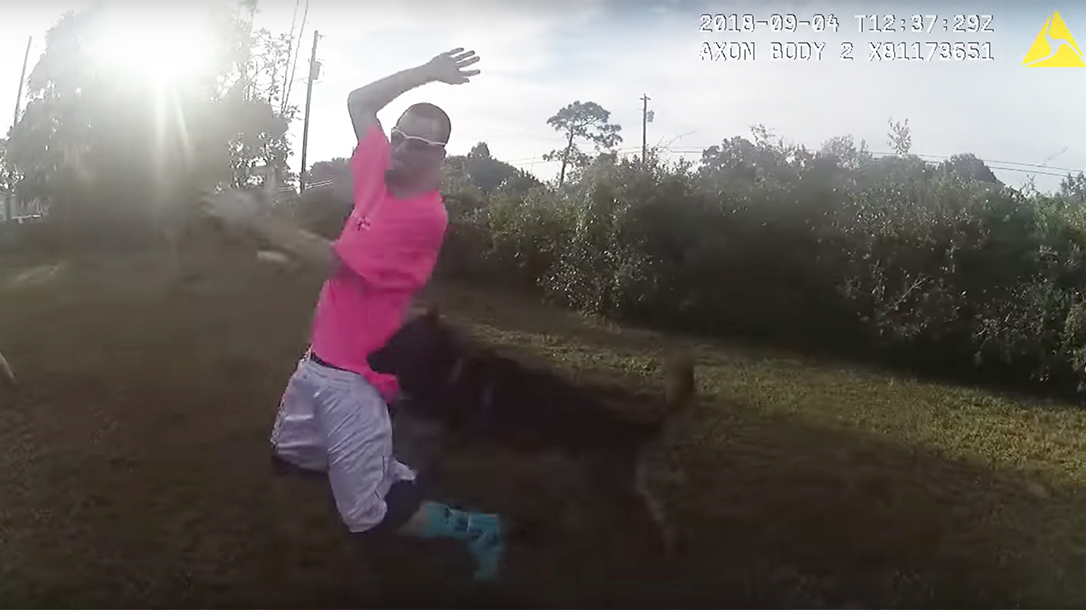 Watch the body cam footage above.

The incident took place Sept. 13. Police identified the suspect as Micah Fitzpatrick. Police said they were trying to speak with Fitzpatrick when he took off running.

After a fairly lengthy pursuit, the Tulsa Police Officer gets close enough to Fitzpatrick and deploys his Taser. The hit immediately drops Fitzpatrick.

A second officer arrives shortly thereafter and places a winded Fitzpatrick into handcuffs. The first officer searches Fitzpatrick and removes a handgun from his pants.

Fitzpatrick struggles to move and catch his breath. “I can’t move,” he says multiple times. The officer responds, “Yeah that sucked, huh? … You should’ve stopped.”