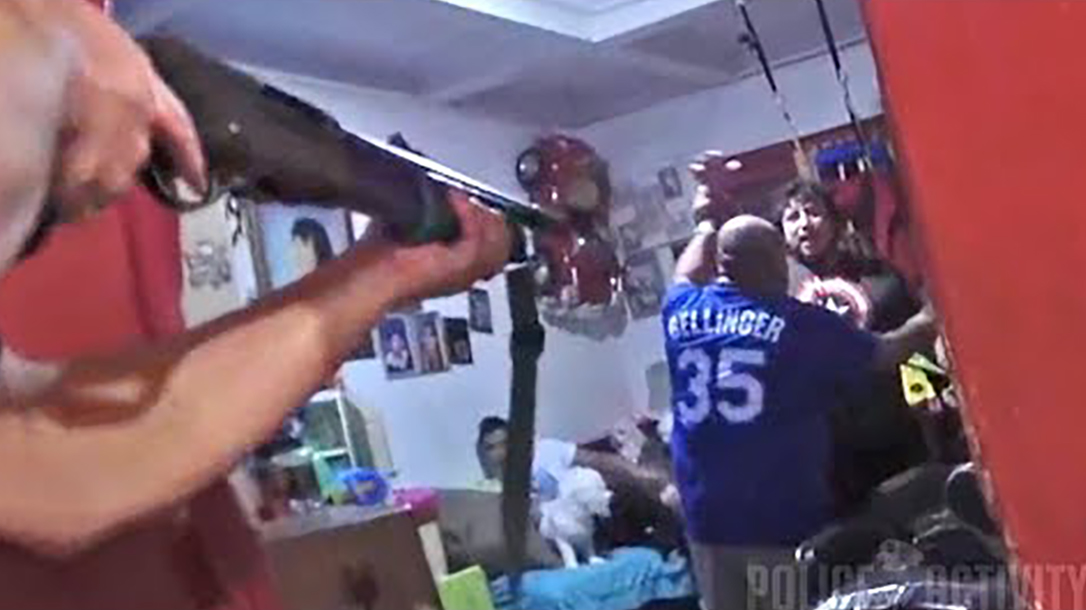 An LAPD press release states that on July 6 at around 5 p.m., a woman identifying herself as Tyler Honeycutt’s mother called 9-1-1 and told the dispatcher her son appeared to be having a “psychotic break.” She said he was “hallucinating” and becoming aggressive toward her, knocking the phone out of her hand when she tried to call for help. She also said he was in his house armed with a shotgun and a 10mm pistol.

Officers arrived on the scene shortly thereafter. Upon arrival, Honeycutt’s mother informed them that her 27-year-old son was a professional basketball player who had been “sucking laughing gas for six months overseas, and I think it scrambled his brain.” In addition, she told officers that her son had told her the shotgun was unloaded, but the 10mm pistol had three rounds in it.

LAPD proceeded to set up a perimeter around the house. Officers then made contact with Honeycutt via the phone. According to the Los Angeles Times, officers told Honeycutt that he wasn’t in trouble and to put down his handgun.

“Hey Tyler, I’m the cat that’s outside. I have been waving at you, trying to talk to you. Right now, you’re not in trouble,” an officer can be heard saying in the video above. “You haven’t committed a crime as of yet. OK? I’m trying to get you out of here as peaceful as possible. Is there any way you can help me out with that?”

The officer mentions the fact that body cameras are present as a way to reassure Honeycutt.

“If you just put your hand, your your gun down and come out…dude, there’s camera crews out here. We got cameras. You are safe…we just want to go home to our mammas, too,” the officer says. “You’re making a lot of people nervous. You keep walking around there with that gun.”

Honeycutt ignored the command to put down his gun. Rather, he walked up to a window and fired a single round which struck a wall next to an LAPD officer, who fired back.

A SWAT team, along with the LAPD’s Mental Evaluation Unit and negotiation team, entered the residence hours later to find Honeycutt dead in a bedroom of a self-inflicted gunshot wound.

No officers were injured in the incident, which is being reviewed by the LAPD.

Honeycutt played for UCLA in college before he was picked by the Sacramento Kings in the second round of the 2011 NBA draft. The 6-foot-8 forward spent two seasons playing for the Kings. After inconsistent form and injuries derailed his NBA career, he then spent the past five years playing overseas in Israel, Turkey and Russia.