F​or 2022, the United States Practical Shooting Association made the sensible decision to group Revolver and Single Stack division nationals together again. They also tossed in USPSA’s least loved handgun division, Limited-10. With all three limited capacity divisions shooting over four days, the 2022 USPSA Classic Nationals was sure to be an exciting match. 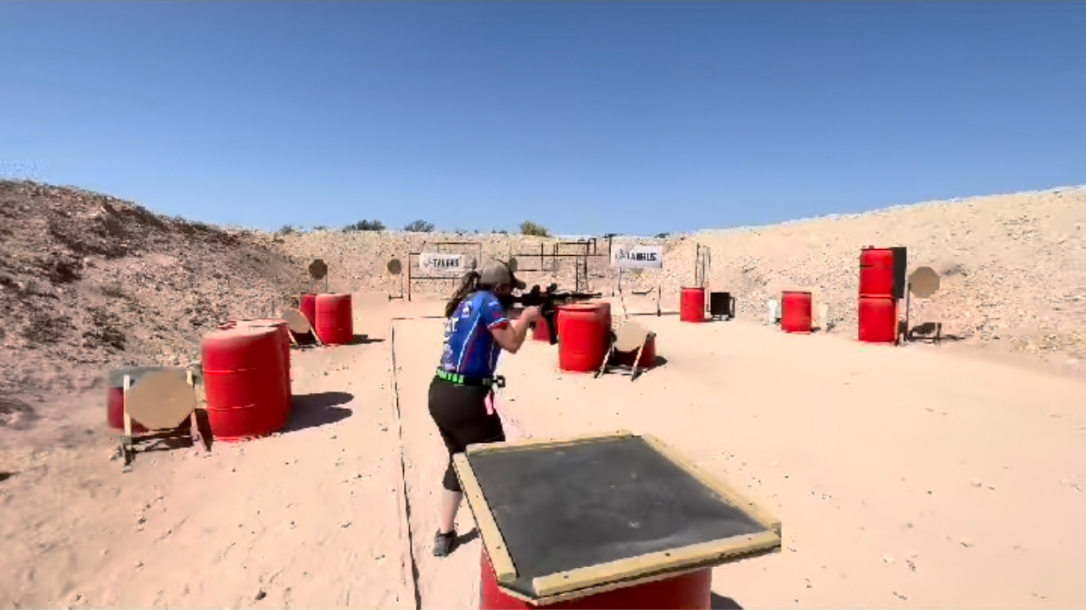 T​he most popular division at the USPSA Classic Nationals in 2022 was definitely Single Stack. This is the all-1911 all the time division. Shooters can opt for a 1911 in a major caliber, like 40 S&W, 10mm, or 45 ACP and carry a maximum of 8+1 in the gun. Or, they can select a minor caliber such as 38 Super (for true kings) or 9mm. If they go with minor, the shooter gets the benefit of two extra rounds in each magazine, for a maximum of 10+1.

F​or years there have been debates as to which was the most effective strategy for single stack; and they’ll likely continue for another couple of years. See, while Nils Jonasson won by a convincing margin shooting a major power factor 1911, the second place shooter was none other than industry legend Dave Sevigny. Dave was running a 9mm 1911, and managed to grab a stage win with that setup. However, Nils won 8 out of 15 stages, and really only had one bad stage. This sealed another national championship for Jonasson.

Another notable performance in Single Stack came from Team Colt’s Jalise Williams. Jalise wins the High Lady for Single Stack, out of a field that includes former champions Jessie Harrison and Randi Rogers. Even more impressive is Jalise finishing in the Top 16. Like Dave, she was shooting minor power factor in her Colt. A Top 16 finish is significant at Nationals, because back in the old days, there would be a shoot-off between the top 16 finishers for additional prizes.

The best revolver shooter on planet earth isn’t named Miculek, it’s Michael Poggie. Michael has now won 6 straight USPSA Revolver National Championships. At the 2022 USPSA Classic Nationals he cruised to a 9% win over second place. Oh, and while winning 6 straight USPSA Nationals, he’s also won Steel Challenge revolver divisions twice in a row, the International Revolver Championship, and basically every other smaller match in revolver division. The comparison to Jerry Miculek is apt, because no one has dominated revolver like this since Jerry was collecting scalps with a S&W 625 in 45 ACP.

T​he second most popular division at USPSA Classic Nationals was Limited-10. For people new to USPSA shooting, Limited-10 as a division existed solely because of the Clinton Assault Weapons Ban. It persists due to the few states that have magazine capacity limits, and as a place for shooters that normally focus on Limited to come get some practice with their reloads. Or maybe for IDPA shooters to transition over to USPSA. The rules are the same as Limited, so the guns are full house iron sighted race guns, but the magazine capacity is obviously limited to 10 rounds.

I​n Limted-10, Mason Lane took the victory over Florida’s Gorka Ibanez. Ibanez, if you recall, was the first shooter to win two state level championships in the same weekend. At the USPSA Classic Nationals, he wasn’t able to get ahead of Mason, who shot a fantastic match on his way to another national championship. Shooting sports legend Todd Jarrett finished 3rd behind Gorka.

With 269 shooters in attendance, the 2022 USPSA Classic Nationals was definitely a successful match. Combining the small divisions of Revolver and Limited-10 with Single Stack allows the match to continue to thrive. It makes sense to put the most capacity restriction divisions together at one match.

Congratulations to the winners, and to everyone who got to put rounds downrange at the match this past weekend!