Vallejo Police recently released officer body cam and dash cam footage of the controversial Willie McCoy shooting. The 20-year-old suspect died on the scene, sparking heavy criticism toward law enforcement. Vallejo Police released an exhaustive breakdown of the footage in response to speculation swirling around the validity of use of force. 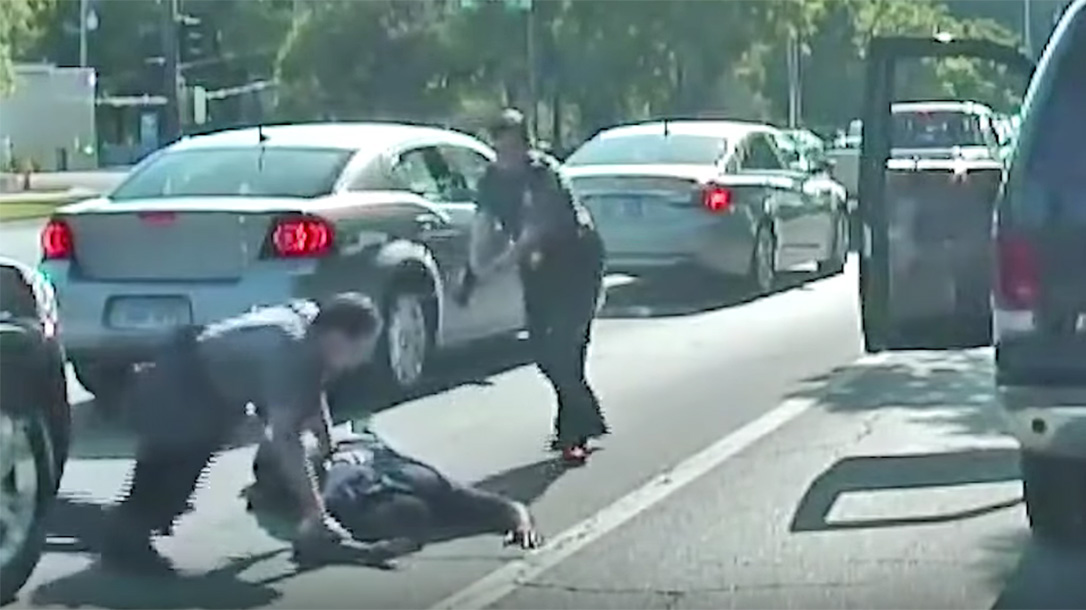 “The February 9, 2019 officer involved shooting at a local fast food establishment has raised several questions from the community and is of significant general community interest,” said a Vallejo Police press release. “The Vallejo Police Department wants to address the questions that have been raised in a single area to help the public digest both the media reports and to facilitate a community dialogue about the facts of this incident, as well as a more general understanding of how officer involved shootings are investigated in Solano County. Our hope is that this information helps members of the public separate fact from fiction regarding this investigation.”

The video includes the original 911 call, along with footage of initial officers responding on the scene. An officer immediately spots a gun in Willie McCoy’s lap, and officers respond by taking up positions around the vehicle. After several minutes, the suspect moves, seemingly first scratching his shoulder.

While officers shout demands to “show your hands,” the suspect seemingly awakens. He then moves forward, and his hand appears to move toward the handgun in his lap. That’s when officers open up on the suspect. Officers Ryan McMahon, Colin Eaton, Bryan Glick, Jordan Patzer, Anthony Romero-Can and Mark Thompson, ranging from 7 months to more than 12 years experience, all fire their weapon, according to Vallejo Police. The report failed to verify how many rounds were fired or hit the suspect, but the footage, once viewed from all angles, suggests two dozen or more shots could have been fired.

Mainstream media coverage, both prior to and after the release of the officer footage, heavily criticized the police response. Several outlets criticized that officers commented that the magazine appeared to be hanging out of the magazine well. In fact, the handgun featured an extended, 14-round magazine, according to Vallejo Police.

The suspect’s family members also featured heavily in mainstream media reports, claiming police killed Willie McCoy in his sleep. However, footage appears to show the suspect stir and make a move that could confirm police statements he made a move for his gun.

As to the volume of fire, that criticism, while potentially unwarranted, is unlikely to fade. Until police release more information, pending the autopsy, questions remain.