A suspect was hit by a truck and eventually apprehended after allegedly assaulting a plainclothes Vancouver Police Officer last week.

The officer ended up in the hospital with “significant injuries” after the assault, according to Vancouver Police. 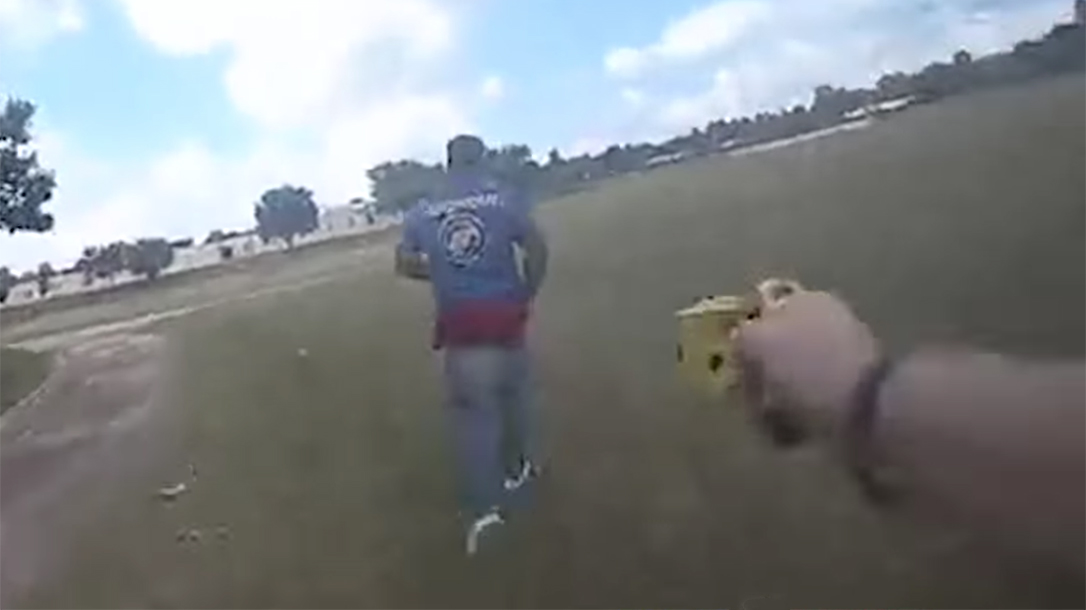 A bystander filmed the entire incident. Watch the footage above.

Police said that just before 10 p.m., two plainclothes patrol officers initiated a traffic stop after observing a Dodge Durango drive through an area of Vancouver with restricted vehicle access.

“All three men in the vehicle, in their early 20s, were confrontational and verbally abusive,” police said in a release. “The officers became concerned for their safety as the occupants refused to follow police direction and began reaching under the seat.”

One of the officers opened the passenger door to investigate. As he did, police said the front passenger pulled him into the vehicle and two men began to punch him repeatedly in his head and face.

According to police, the officer’s partner attempted to help; that’s when all three men exited the vehicle and continued to assault the officers.

As the officers radioed for backup, fled from the scene, police said. The uninjured officer pursued him by foot. As the suspect ran through a nearby intersection, a truck, which had the green light, hit him.

The suspect continued to run, but the pursuing officer eventually arrested him a couple of blocks away.

In a press conference following the incident, Vancouver Police Sgt. Jason Robillard said the one officer was “substantially” assaulted. He is currently recovering at his home.

“This is an example of the risk all police officers face as they work to protect the citizens they serve,” Robillard said. “This sort of incident affects the entire policing community. We wish our officer a speedy recovery and will ensure the officer and his family have the support they need.”