In July 2015, Eric from the popular YouTube channel Iraqveteran8888 conducted one of his meltdown tests on a cheap WASR-10 AK converted to full-auto by Quiet Riot Firearms. During that test, the rifle ran for 265 rounds before experiencing a stoppage. 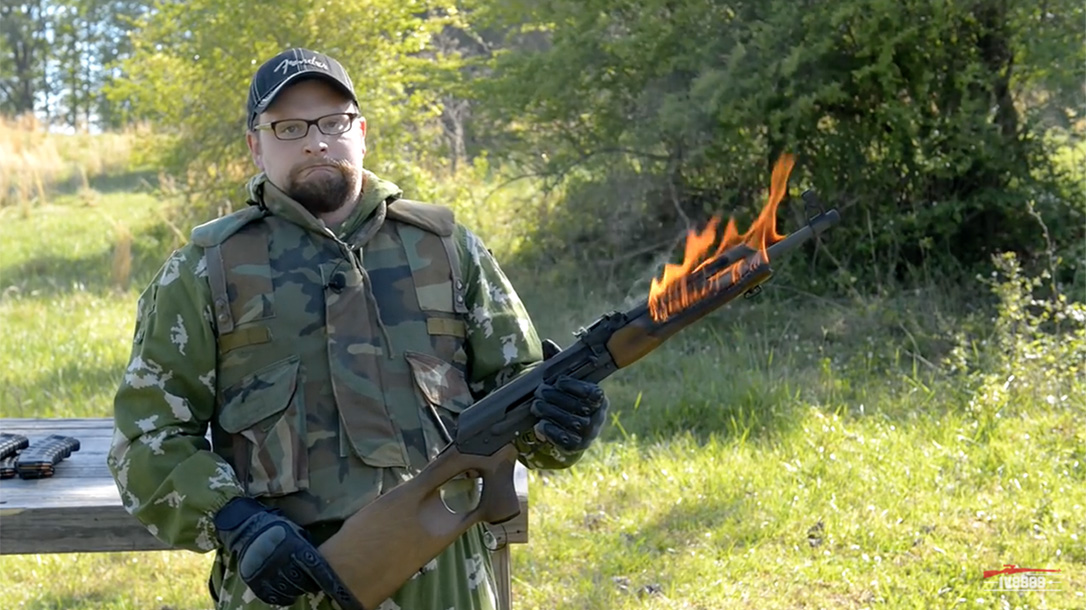 Five months later, Eric did another AK meltdown. In that instance, he stepped things up a notch, using a Copper Custom VEPR AK given to him by Tim from the Military Arms Channel. It went 895 rounds before it stopped running. Now, Eric and Tim have decided to bring back the VEPR for another go-around.

Eric and Tim first break down the cause of the VEPR’s initial failure. Essentially, it came down to a copper buildup in the gas block. They then discuss the fact that these meltdown videos “shouldn’t be taken as gospel.”

“And you’re not going to do what we did to a real one,” Eric adds.

With that caveat, the duo then test out the VEPR. Lo and behold, it still runs. Watch the video above to see it in action. Below, see the two original AK meltdown videos.