Kalashnikov Concern continues to release footage from Larry Vickers’ recent visit to the company’s production facility in Izhevsk. In the latest round of videos, Vickers shoots the SR1 competition rifle, as well as the RPK-16 light machine gun. Watch him run the former above. 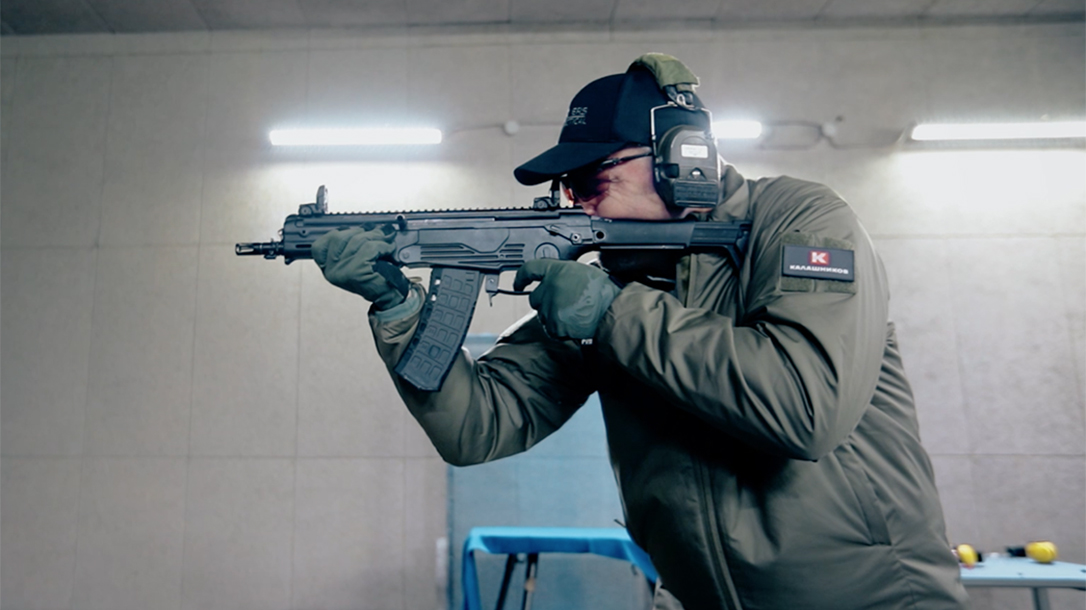 “Both counterrecoiling masses are synchronized by a pair of rotating gears, so after each discharge rearward and forward movement of the bolt group is balanced by a counter-moving mass attached to the forward gas piston, effectively cancelling impulses generated by heavy reciprocating parts,” Modern Firearms says. “As a result, rifle generates less felt recoil and is much easier to hold on target in rapid fire.”

Designed as a replacement for the aging RPK-74, the RPK-16 is a light machine gun chambered in 5.45x39mm. It boasts a collapsible, side-folding, 4-position stock; receiver cover with two attachment points to ensure accessories stay firmly in place on the included Picatinny rail; and a windage adjustable rear aperture sight.

The RPK-16 also features a polymer handguard with Picatinny rails at the 12 o’clock and 6 o’clock positions; additional slots for rails on the sides; enhanced safety selector lever; ergonomic pistol grip with finger grooves and a maintenance kit inside; birdcage style muzzle device; and a barrel that can be quickly switched out with the need for additional tools or instruments. This gun also comes with a 95-round drum magazine. Learn more about this model in the hype video below.