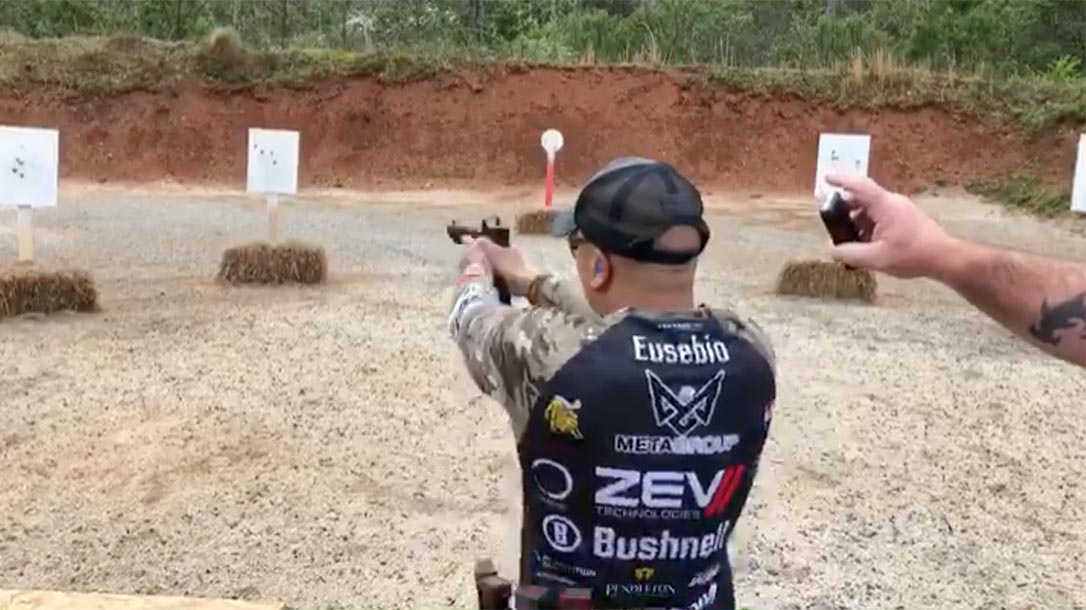 The shot came on an ELR target, using a 10mm pistol. Avila also scored multiple hits on a 1,650 ELR target using a Glock 23. The shooter used 1ShotSystems from USA1SHOT, along with several optical systems designed by Robert Gilmer and Jim Olson. The previous world record holder, C. Sawyer, coached Avila during the 90-minute shoot. Remarkably, Avila made all shots from a standing, offhand position.

The 2,010-yard shot puts Avila in some incredible company. According to the video, the legendary Bob Munden established the modern-day record at 200 yards in 1978. Then another legend, Jerry Miculek, stretched the record to 1,000 yards, using a 9mm pistol in 2014. Since then, R. Gilmer Sawyer twice broke the record, at 1,120 and 1,760 yards, followed now by Avila. Want some more long distance? Global Precision Group hit a 6,000-yard rifle shot back in 2019. Keep going long, shooters!