Despite the ubiquity of patrol rifles, shotguns still have an important role to play in law enforcement. The Virginia State Police evidently agrees. The agency just announced it has picked the Benelli SuperNova as its new, standard-issue patrol shotgun. 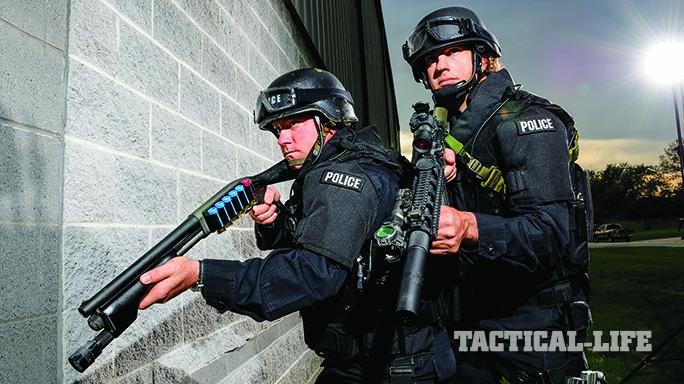 A press release says that Virginia State Police troopers have been training with the Benelli SuperNova platform since the start of the year. The scatterguns are being phased into department starting in the fall of 2019.

Up until now, VSP troopers were equipped with the Remington Model 870 Police Magnum shotgun. It was decided, however, that the SuperNova better suited the agency’s needs.

“The SuperNova offers configurations that meet the needs of departments plus a proven track record of reliability making it a popular choice with departments of all sizes nationwide,” Benelli USA Law Enforcement Sales Manager Jeff Sterner said in a statement. “To be deployed throughout the entire department of this size speaks volumes about the shotgun and we are proud to help play a role in the future success of the Virginia State Police.”

The Benelli SuperNova is 12-gauge, pump-action shotgun available in a standard and tactical setup. The standard version is chambered for 2-3/4-inch, 3-inch and 3-1/2-inch shells. The barrel length ranges from 24 inches to 28 inches. The OAL goes from 45.5 inches to 49.5 inches. In addition, the weight starts at 7.8 pounds and tops out at eight pounds. Most models in the standard lineup feature a ComforTech stock which reduces recoil for the shooter. One model sports a SteadyGrip stock. There’s also a model with a rifled slug barrel. All the guns have a forend shell-stop button; enlarged trigger guard; and steel skeletal framework overmolded with polymer. MSRP starts at $559 and goes up to $839.

The tactical version of the Benelli SuperNova, meanwhile, includes four models. Two of those models come with a pistol grip, while two sport the ComforTech stock. All four models feature an 18-inch barrel and are chambered for 2-3/4-inch, 3-inch and 3-1/2-inch shells. In addition, each tactical gun has an OAL of 40 inches and weighs in at 7.6 pounds. These guns can be had with ghost-ring or open-rifle sights. The forend shell-stop button; enlarged trigger guard; and steel skeletal framework overmolded with polymer are included on this lineup as well. The MSRP on two models is $499, while the other two go for $559 and $549.