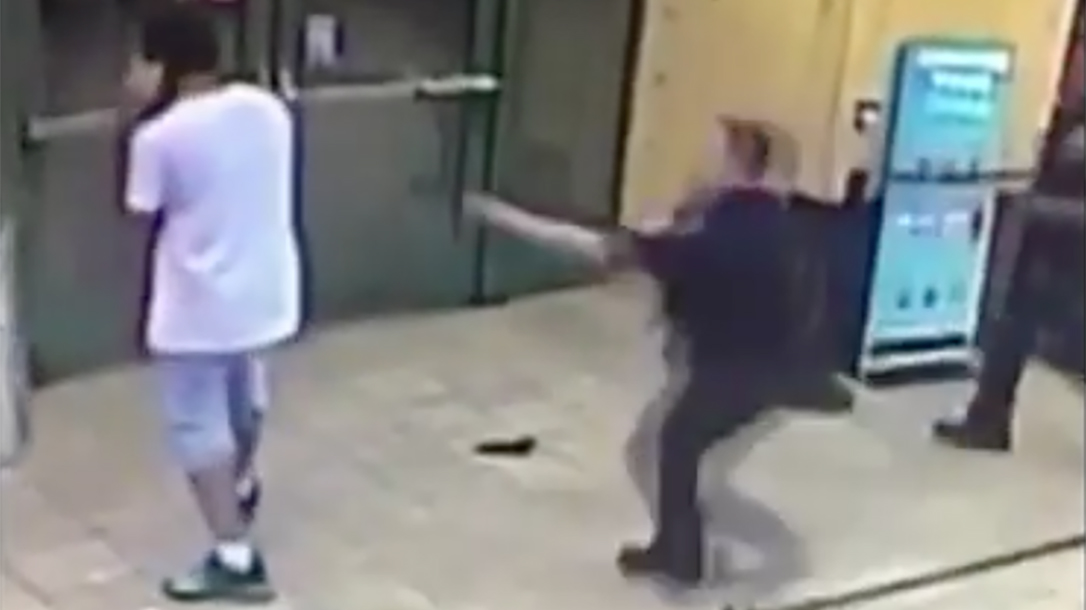 Officer body cam footage captured the stop that looks anything but routine. Officers clearly demonstrate a high level of alertness. The officers approach Cashman’s vehicle with weapons drawn. They clearly aren’t messing around. Commands come loud and clear, demanding Cashman exit the vehicle and walk backwards toward the officer. It’s a tense moment.

“I picked it up …” Cashman begins.

“Understood sir, we’ll talk to you in a second,” an officer cuts him off.

“I know but it was taken off by the NYPD a few days ago,” Cashman says.

“And we all know how they are, OK?” the officer replies, a slight dig on the NYPD.

“Cashman told the New York Post last week the police were already ‘responding to someone in a white Jeep that was brandishing a gun in a local doctor’s office.’ He added that when Darien police ran his plates, the vehicle came up stolen because the “NYPD never took me off the stolen car list,” reported foxnews.com.

The Yanks GM seemingly took it in stride, despite facing an officer’s muzzle.

“I had a welcoming committee descend up on me as I pulled out of the gas station,” Cashman said to nypost.com. “They executed a very tactful interception”

Officers later escorted Cashman to the station where his vehicle could finally undergo processing for evidence. At the end of the day, Cashman followed all commands and remained calm, despite the mistaken stop. And then nothing bad happened, despite the high alert situation.

“The public should take encouragement when someone is in a stolen vehicle they’re not going to get very far,” Cashman said, as reported by foxnews.com. “I have high respect for all law enforcement. They do an amazing job whether you’re in Connecticut and New York City — and sometimes unique circumstances can occur.”